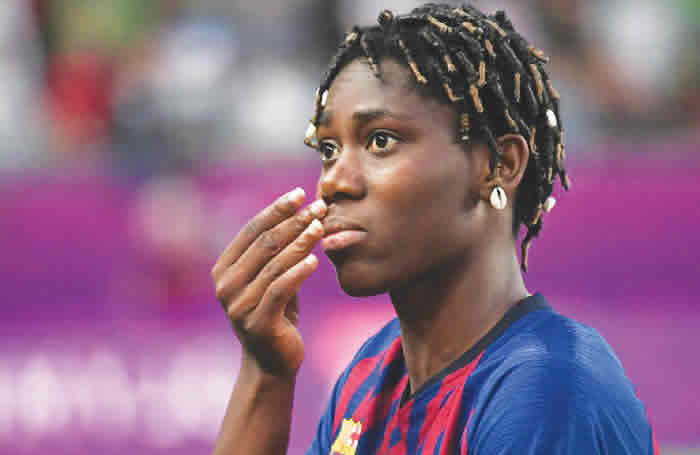 The group stage draw took place on Monday at UEFA’s headquarters in Nyon, Switzerland and pits Oshoala’s Barcelona Femeni against Ucheibe’s Benfica side, alongside Bayern Munich and Rosengård in Group D.

Oshoala has been a key figure for Barcelona Femeni over the years and played a vital role in the team that won the 2021 edition.

Uchiebe has played two matches in the second round stage of the Women’s Champions League and was a second half substitute in Benfica’s 2-1 home win against Rangers Sept 28.

The 21-year-old Falcons star will be aiming to help her team progress to the knockout stage of the competition.

Both players are part of the Falcons squad that arrived in Kobe, Japan on Monday for the international friendly fixture against Japan at the Noevir Stadium on Thursday.