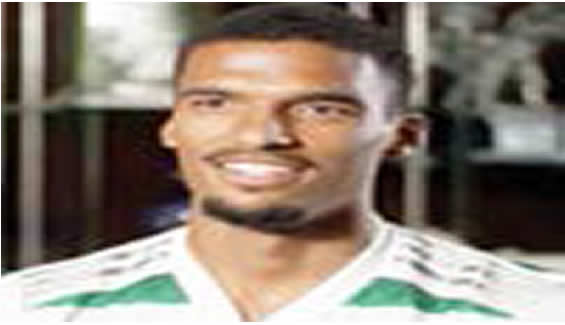 Celtic defender Moritz Jenz has revealed why he chose to play for Germany and ruled out the chances of wearing the Super Eagles Jersey.

Jenz is currently on loan at Celtic from French Ligue 1 club, Lorient where two Nigerians Terem Moffi and Innocent Bonke ply their trades.

The 23-year-old was born in Berlin to a Nigerian-born father from Bremen and a German mother and is eligible to play for Super Eagles and Germany.

“I qualify for Germany and Nigeria but I would prefer Germany because that’s where I grew up,” Jenz said as reported by GlasgowTimes.

“It’s a great country to play for and hopefully one day I can make a couple of appearances, then maybe a couple more and then, who knows, perhaps play in a World Cup or Euros.”

Jenz is hoping that such competition at Celtic, as well as the stage the club will offer to him, will also help him to fulfil his international ambitions.

“But I need to do my best for the club first. That’s the most important thing and after that, we can talk about the national team.”

Jenz has previously played in the English Premier League for Fulham and the Swiss Super League for Lausanne-Sport.

The right-back signed a five-year contract with Ligue 1 side Lorient in August 2021 but has struggled to break into the first team of the French side and joined Celtic on loan in 2022.

Since moving to  Celtic on loan in July 2022 Jenz has made an impressive start, securing a place in the starting eleven.

He has played seven matches for Celtic this season with two assists.

- December 8, 2022 0
The BBNaija season 6 housemate said she prefers to be rich and sad than to be happy and poor. Anita Singh, the Big Brother Naija...

- December 8, 2022 0
In a now-viral video, MI said rap has always been criticised since inception — indicating he is not surprised by Wizkid’s recent comment...