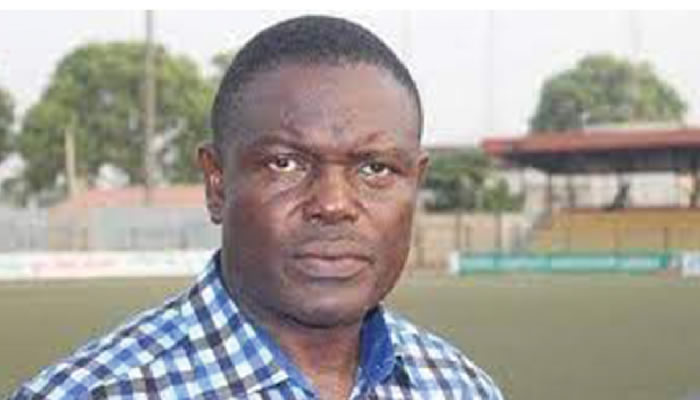 …ahead Champions League clash against Wydad

Stanley Eguma, head coach of Rivers United has stressed that the Nigerian champions are happy to be tagged the underdogs in their CAF Champions League qualifying games against Morocco’s Wydad Casablanca, champions of the competition, The PUNCH reports.

The Pride of Rivers, alongside Plateau United, face a daunting task to make it to the group stage of the competition, after they were drawn against tough North African opposition.

Eguma’s side defeated Liberia’s Watanga 3-1 on aggregate to progress to the second round of the qualification, while Plateau advanced 3-2 on aggregate over Gabon’s AS Mandji.

While the NPFL champions face the current winners of the competition, Wydad, Plateau United’s passage to the second round of the Champions League has another major stumbling block in Tunisian champions Esperance, who have won the continental tournament four times.

Speaking ahead of the mouth-watering clash against the North African giants, Eguma said he was happy with the underdogs’ tags but warned of the danger his side posses.

“It is quite true that Wydad Casablanca are a very strong team in Africa and are the defending champions and we also acknowledge the fact that they have been there and have a lot of experience, but football is not mathematics,” he told The PUNCH.

“We are not going to rest on our oars; we are going to intensify our preparations and fashion out a strategy that will help us overcome them. It is very possible that we can beat them; it is even good for us that we are the underdogs because the pressure will be on them. They will see us as easy opponents, but we are going to do our best and see how we can overcome them.”

The coach said the players were well motivated ahead of the game.

“The Governor of the state (Nyesom Wike) has promised the team a financial reward if we get to the group stage and there is a high level of motivation to get to the group stage because it also gives the players the opportunity to showcase themselves at the biggest level. It will also be a big plus for our league as well,” Eguma added.

“A lot is up there to motivate the team. W e have Rivers United and Plateau United and we expected that both or either of us should go through and break the long time jinx.”

Also, Kwara United are up against reigning CAF Confederation Cup champions RS Berkane of Morocco to reach the second round of the competition.