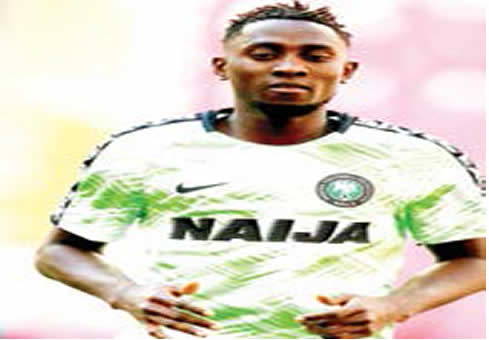 Wilfred Ndidi won’t be sorely missed after he was ruled out of Nigeria’s international friendly against Algeria next Tuesday according to some former internationals, PUNCH Sports Extra reports.

The 25-year-old Leicester City midfielder copped an injury in training with the Eagles on Wednesday and has since returned back to his base in England for proper medications according to a tweet from the Nigerian Football Federation.

“Just in: @NGSuperEagles midfielder Wilfred Ndidi is injured and out of the game against Algeria. He has left the team’s camp and returned to England. Get well soon Wilfred.”

The former Genk midfielder is yet to feature for the Eagles under the new coach, Jose Peseiro.

He last played for the Eagles seven months ago, in the 1-0 defeat to Tunisia at the delayed 2022 Africa Cup of Nations in Cameroon. He also missed the Eagles World Cup qualifying playoff against Ghana and the 2023 AFCON qualifiers due to injury.

Speaking with PUNCH Sports Extra, Dosu Joseph said, “It’s just a friendly in which new formations and players are tested to see if they can fit into the team. His quality is not in doubt that’s for sure and I believe the team is well covered in the defensive role for the game. I wish him a speedy recovery.”

Former Super Eagles assistant coach Emmanuel Amuneke also added, “Ndidi is a special player which the Eagles have missed in games but this is friendly and I believe it is a chance for some of the other players in that role to show themselves.”

Peseiro will be banking on the duo Frank Onyeka and Raphael Onyedika to fill the void in his absence.

Ndidi has made seven appearances this season for the Foxes who are rock bottom in the Premier League table.