Home African News the starboy of the NBA show, By Bayo Onanuga 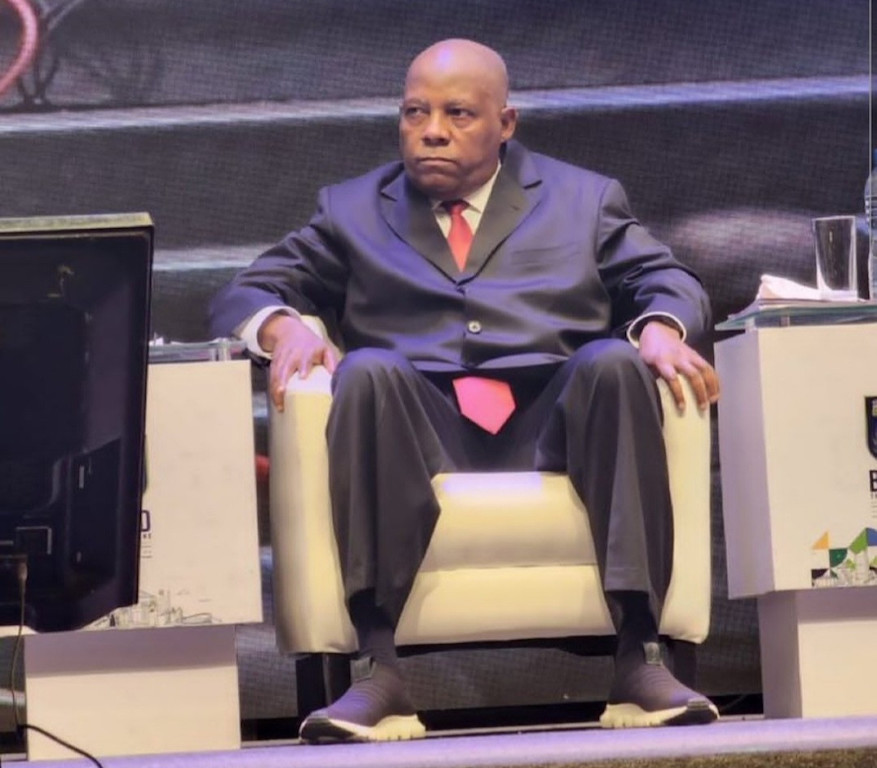 Not a rabble rouser, Shettima’s submission appealed more to the rational audience in the hall of Eko Atlantic and Suites. Lawyer and activist Ayo Obe, who listened to the panelists of politicians, tweeted: “Going by their performance in answering questions in their panel discussion at #NBAAGC2022, when it comes to citing figures and data, and giving examples from other countries, I think that @PeterObi has met his match in @KashimSM.”

If someone had landed in Nigeria from Mars on Monday and read treads on Twitter Nigeria, he would have thought Senator Kashim Shettima was one tasteless, uneducated Nigerian. But the man so derisively targeted by a section of Twittersphere was nothing of such.

He was  a victim of the Twitter herd, people who behave like the herdsman’s cows, without any reflection and  tweet what others in their group are tweeting, tweets dripping with hate and insults, that ought not to be on the social media platform, were the Twitter police alive to their responsibility.

Shettima, a two term governor of Borno, serving senator and vice presidential candidate of the APC, became the butt of derisive jokes that Monday, because he featured as a panelist at the NBA Conference in Lagos. He came to represent Asiwaju Bola Ahmed Tinubu.

He was the first to take the podium, which was provided after he had started speaking. He jettisoned a prepared speech on the topic and rather chose to speak on the track records of Tinubu as governor of Lagos State and his record as governor of Borno State.

His delivery, done extemporaneously, was top notch. As many unbiased listeners said, he was the starboy at that segment of the conference. He spoke eloquently with conviction. He quoted figures and he said he and Tinubu will replicate their joint records at the centre from 29 May 2023.

Senator Shettima outshone other speakers. He was better than Obi, who as usual reeled out questionable statistics about oil production and theft, unemployment, declared Nigeria a failed state but failed to offer solutions. Atiku who also came tried to make a political capital out of the ASUU strike by advocating the transfer of federal universities to the states. Afterall, he said some of the universities had regional history. He was referring to Ahmadu Bello University in Zaria, Obafemi Awolowo University in Ife and Nnamdi Azikiwe University in Nsukka. Hours later Atiku walked back the suggestion and denied ever saying so.

Shettima spoke about how Tinubu and his successors grew the economy of Lagos from a N600 million-a-month revenue base to N51 billion-a-month today, to become Africa’s fourth biggest economy. He spoke about their readiness to deploy his experience in fighting insurgents to deal with problems of banditry and kidnapping today.

Not a rabble rouser, Shettima’s submission appealed more to the rational audience in the hall of Eko Atlantic and Suites. Lawyer and activist Ayo Obe, who listened to the panelists of politicians, tweeted: “Going by their performance in answering questions in their panel discussion at #NBAAGC2022, when it comes to citing figures and data, and giving examples from other countries, I think that @PeterObi has met his match in @KashimSM.”

Clearly, some  sections of people in the hall were not interested in Shettima’s speech. They were focussed on the mundane: his attire. But they got it all wrong. If they had not been limited by their own bushman’s narrow view, they would have known that it was pointless ridiculing the senator with his suit and tie. They are the people who need further exposure on the correctness of dress modes.

A lot of people may still be wondering why Tinubu picked Shettima as running mate and not somebody else. One of the reasons was what the whole world saw on display, Monday.

Shettima is highly cerebral. Give Shettima the option to pick a monetary or book prize, he will opt for books. He loves books, his friends testify, such that any time he travels out of the country, he returns with book gifts. Shettima  is not a dude, he is rather a deep thinker, indeed a big thinker.

This is one reason Borno people will not forget him in a hurry. Despite the Boko Haram crisis that began in 2009, two years before he became governor, Shettima left a legacy of big schools, better than some of Nigeria’s universities. He built housing estates and hospitals. He rebuilt over 50 churches destroyed by the insurgents. He invested in agriculture and left a successor that has continued to build on his legacy, just like Tinubu’s successors have been doing in Lagos.

Shettima is also cosmopolitan. He was educated in Maiduguri and Ibadan. He studied Agricultural Economics first at UNIMAID. He did his NYSC in Calabar. He then went for a masters degree at UI. He started his working career in 1991 as a lecturer in Agricultural Economics  at the University of Maiduguri, before crossing to banking.

His first port of call was Commercial Bank of Africa as an Agricultural Economist at its Ikeja Office, Lagos State between 1993 and 1997. He left as deputy manager to join African International Bank Limited, Kaduna Branch (1997–2001).

From AIB, Shettima, in 2001, joined Zenith Bank as Deputy Manager/Branch Head in the Maiduguri Office in 2001. Within six years, he rose  to become the General Manager, one of the fastest career progression by any staff in Nigeria’s biggest bank.

But the pull of politics was irresistible for the banker.  In 2007, he took up political appointment as commissioner for Finance and Economic Development in his home state of Borno.

He was so good that within the four years he served under Governor Ali Modu Sheriff, he was moved from ministry to ministry.  His last place was the Ministry of  Local Government and Chieftaincy Affairs.

The left-handed Shettima became the governor of Borno State by accident in 2011. This happened after insurgents killed the original candidate, Engineer Modu Fannami Gubio.

The rest is now history.

Good journalism costs a lot of money. Yet only good journalism can ensure the possibility of a good society, an accountable democracy, and a transparent government.

For continued free access to the best investigative journalism in the country we ask you to consider making a modest support to this noble endeavour.

By contributing to PREMIUM TIMES, you are helping to sustain a journalism of relevance and ensuring it remains free and available to all.

- December 3, 2022 0
Obi Dey Go Program Wey Dem No Invite Am -Comedian Apkororo At ‘The Experience’  He started off by warning the organiser to respect their...