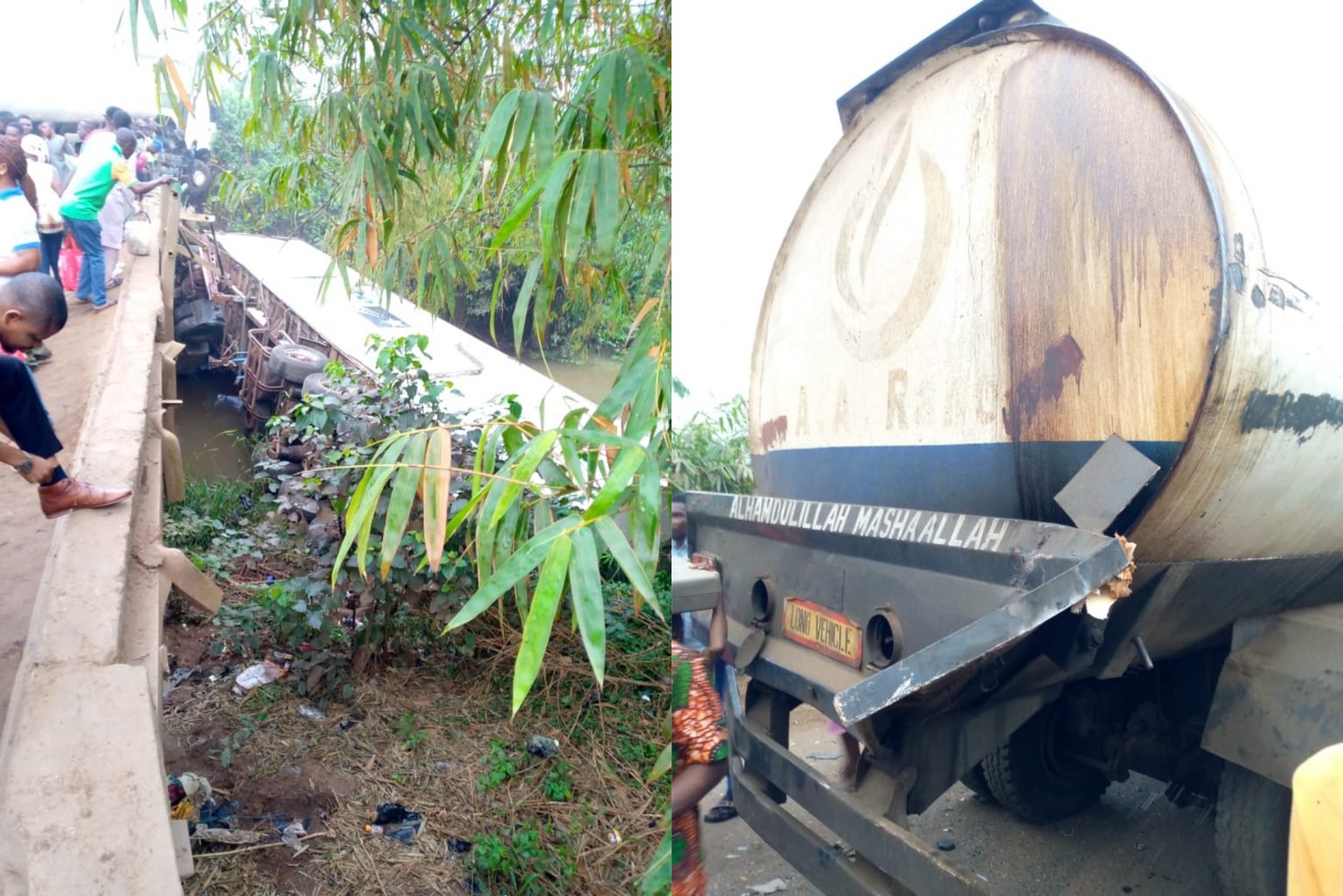 After losing control, a truck has plunged into a river along the Ota-Idiroko international road.

Newsmen gathered that the trailer along with a tanker and fell into the Iju River, in Ado-Odo/Ota Local Government Area of Ogun State.

This incident happened on Wednesday and was confirmed by the Federal Road Safety Corps (FRSC).

FRSC spokesperson in Ogun, Florence Okpe, said no life was lost in the incident.
Okpe said operatives of the FRSC were on ground managing the traffic situation along the route.

She said: “A serious crash just occurred on Otta-Idiroko route at Iju bridge.

“The crash involved a tanker and a trailer. The trailer lost control and fell into Iju River.

“Fortunately, no loss of lives. Effort is ongoing to remove the vehicle. FRSC operatives are fully on ground managing the traffic situation along the route.” 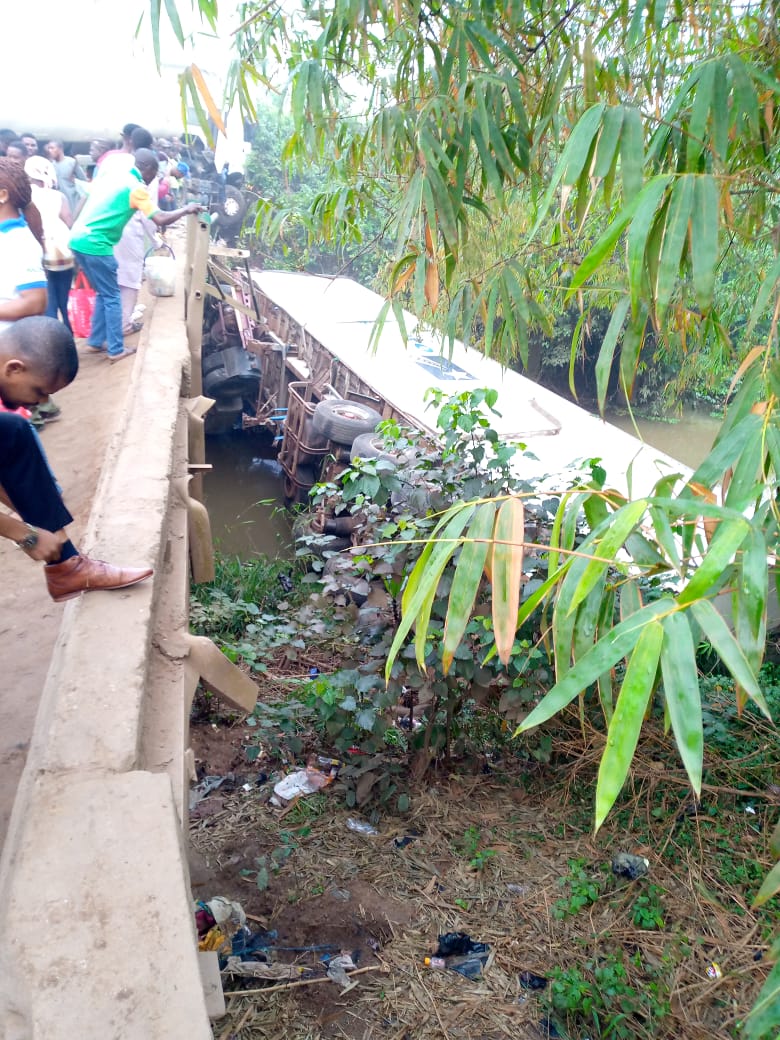 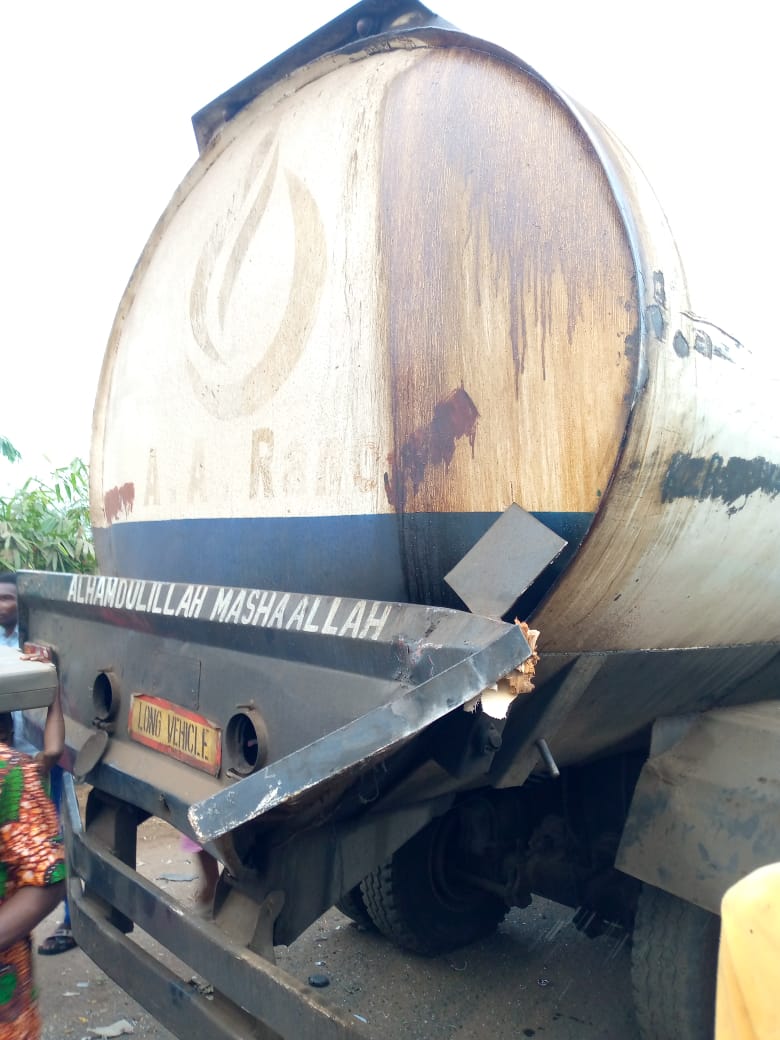 The post Truck plunges into river in Ogun [PHOTO] appeared first on NEWS.