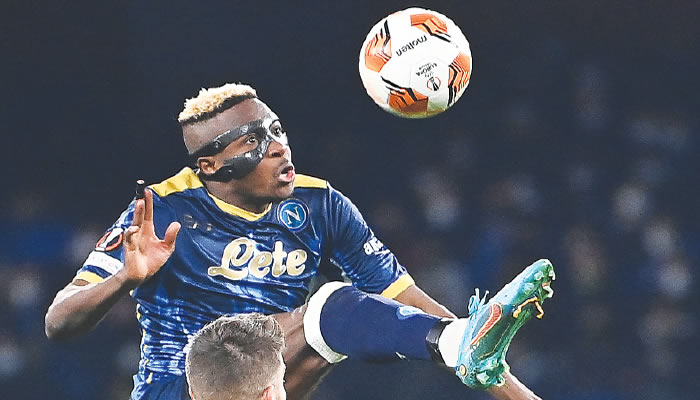 According to an Italian transfer market expert, Paolo Bargiggi, French champions Paris Saint Germain are not giving up on the acquisition of Nigeria international Victor Osimhen and are set to begin talks with Napoli for the striker.

PSG are still looking for a player to strengthen their attack and are believed to have opened negotiations to sign Osimhen.

The French champions are currently deep in negotiations with Napoli as the two clubs look to trash out a deal that will see goalkeeper Keylor Navas head to Naples and midfielder Fabian Ruiz become a PSG player.

According to Bargiggi (via Solo Parisiens), Ruiz is not the only Napoli star that has caught the attention of PSG, with the Ligue 1 kings also eyeing Osimhen.

“During Giuntoli’s trip to Paris a few days ago, it wasn’t just the names of Fabián Ruiz and Keylor Navas that were at the centre of the discussion. They also spoke about Victor Osimhen: the Nigerian striker is highly regarded by both the coach Galtier and Campos, who has already had him at Lille. The French club has an option for next season,” the website wrote.

Campos brought Osimhen to France from Sporting Charleroi, and it was under the guidance of Galtier that the Nigerian ace netted 15 goals in 32 games for LOSC in his solitary season in France.

Osimhen was in fine form as the Serie A resumed, scoring one and assisting another as Napoli started the 2022/23 campaign with a convincing 5-2 win at Verona on Monday.