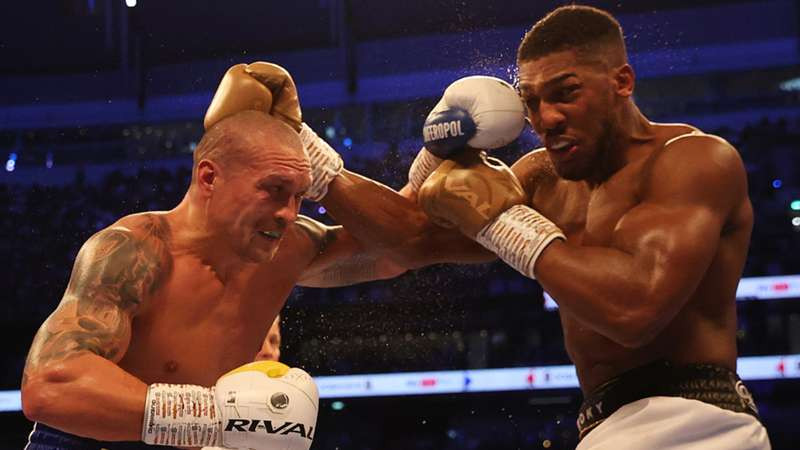 Ahead of their title rematch on Saturday, August 20, British professional boxer, Anthony Joshua has vowed to beat Oleksandr Usyk when they meet.

Anthony Joshua, while speaking with Sky Sports News, said: “I wanted to outbox my opponent, whether it was Usyk or anyone else; that was the mindset (in the first fight).

“I wanted to outbox my opponent and on Saturday I want to smash my opponent. That’s just the mindset now.”

He also acknowledged that a high-intensity, destructive approach had been a key factor for so much of the early successes in his career.

“I was amateur for three and a half years and I done a lot in that time and I asked myself how? It wasn’t down to the skill element, because I was outclassed in terms of skill and experience by a lot of my competitors on the world scene, but that aggression,” he said.

“That will was something that couldn’t be denied. Then as you get more experience you try to develop as a rounded athlete. But ultimately, you can’t take your eye off the factor of what got you to where you are which is that aggressiveness.”

“It’s never really been lost. The path is always there. It’s not like I’m trying to rediscover a path. I always understand where that is. I just tried to be more elusive and add more strings to my bow,” he said.

“That is something you should never neglect in your search for improvements. Your competitive nature can take you a long way.”
Joshua promises to be back with a vengeance against Usyk this time.

If Anthony Joshua cruises to victory in the rematch, it would see him recover the WBO, WBA, and IBF titles he lost to Usyk in September.

The post I will smash Usyk – Anthony Joshua brags appeared first on NEWS.