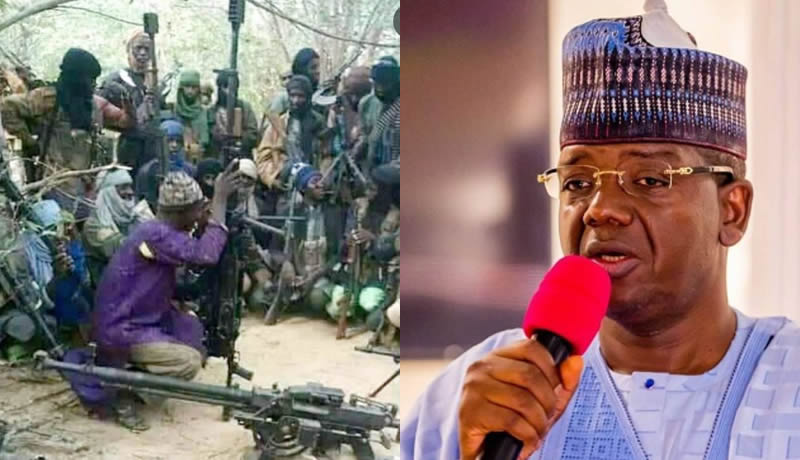 Governor of Zamfara State, Bello Matawalle has signed into law a death penalty on anybody found guilty of banditry, cattle rustling, cultism, or serving as a bandits’ informant.

This was announced on Tuesday, August 16 by the governor via a broadcast to the people of the state.

“On the 28th of June this year, I assented to the bill on Prohibition and Punishment for Banditry, Cattle Rustling, Cultism, Kidnapping and Other Incidental Offences, 2022.

The law provides a legal instrument for prosecuting banditry-related offenders.

Based on the new law, anyone found guilty of banditry, kidnapping, cattle rustling, cultism, or serving as a bandits’ informant is subject to the death penalty.

Similarly, anyone found guilty of supporting in any manner the aforementioned offences faces a sentence of life in prison, 20 years in jail, or ten years in prison, without the option of a fine.”

Matawalle stated that the measures were part of his administration’s unrelenting efforts to tackle the problem of banditry that has plagued the state and the neighboring northwestern states for more than a decade.

“Gladly, the latest measures are beginning to yield the intended results despite the pockets of attacks here and there by the bandits” he said.

He described the activities of informants as a major change towards addressing insecurity challenges in the state, expressing optimism that the situation would soon come to an end.

“With regards to the issue of informants, which is the major impediment in the fight against banditry, I am glad to inform the peace-loving people of Zamfara State that we have succeeded in apprehending many of them.

They are currently being interrogated before being prosecuted in accordance with the fullest extent of the law.” he said