Days after being accused of having an affair with a married woman, Nollywood actress Ini Edo posted an encouraging message to her Instagram followers.

AFRIFF boss Chioma Ude was allegedly involved in an affair with the actress, according to controversial blogger Cutie Julls.

According to the blogger, Chioma’s partner brought it up to some of his pals in London a few years ago.

According to a report, the man claimed that his suspicions were supported by evidence.

The post read: “Eei Aunty Chioma so she is a daughter to me bla bla bla all along knacking. Hmmm me like how Ini and her boo are wearing matching outfits sha. So it turned out that Aunty Chioma of AFRIFF and Ini Edo are Lesbs.

Sometime back, Aunty Chioma’s man mentioned to some of his friends in London few years back (Confirmed). The man was quoted to have said he had his suspicions based on findings. Lo aka behold, it has turned out to be true. But hey, crucify none cuz no one should be judged based on their sexuality. It’s okay to be BI but not when one is committed in another relationship”.

Many condemned the actress for her lifestyle while citing the unconfirmed reports.

Ini Edo responded by saying that she closes her door in response to all noises.

She added that she’s maintaining her focus and drive. Ini Edo continued by saying that her only rival is herself, and that relies on God.

She wrote: “Crushing on this woman WCW. Staying focus driven. Doors shut to every noise. My only competition is me….and that’s on God!”. 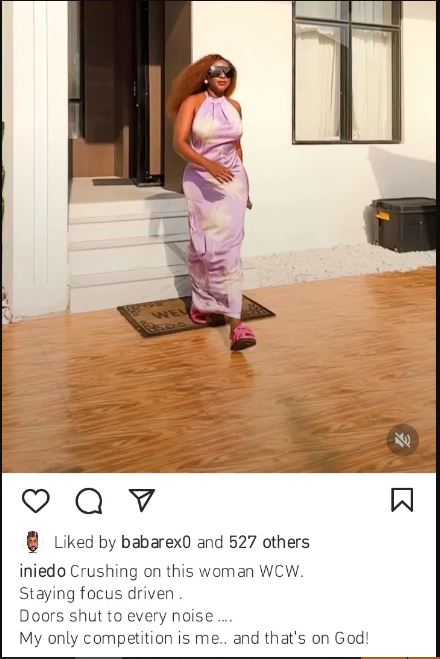 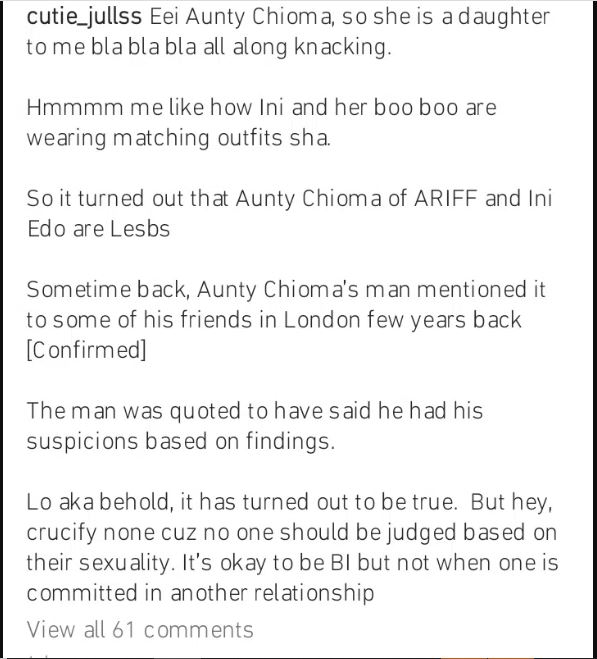