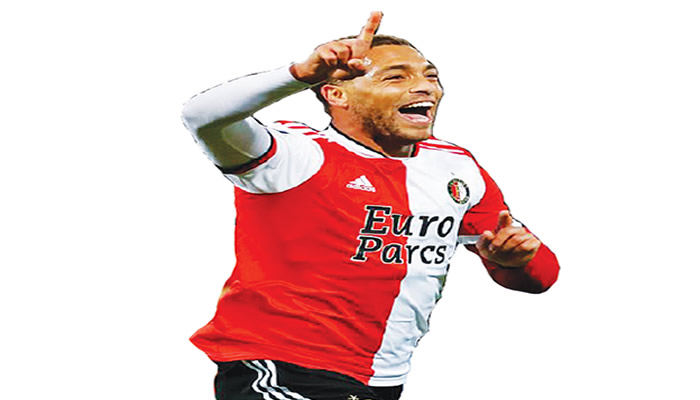 Nigeria international Cyriel Dessers has opened up on why he is joining newly promoted Italian club Cremonese ahead of other suitors, PUNCH Sports Extra reports.

The striker had a fantastic 2021/22 season with Feyenoord, guiding them to the final of the maiden UEFA Conference League, scoring 10 goals to emerge as the competition’s top scorer.

He has been heavily linked with a move to several clubs in Europe, but reports suggested a deal with Cremonese is nearing completion, while the player also confirmed the imminent move on Saturday after Genks’ 4-2 win over Eupen in the Belgian Pro League.

Despite being on the verge of leaving the Belgian club, Dessers was still named in Genk’s starting line-up, but the player suggested after the game that he may have played his last game for the Limburgers.

“Have I just said goodbye to the fans? Yes, maybe a little,” Dessers told the media.

“I think it’s no secret that a transfer is close. Sunday is a crucial day. Cremonese and Genk are negotiating. It’s getting very close now. “A top competition has always been my dream. I have never hidden that.

“If I stayed in Genk, I might be able to compete for the top scorer title, but I’m ready for something new. I played football in Belgium and the Netherlands and saw all the stadiums and teams there. I came in second and third.

“The only thing missing here is a title, but I didn’t feel like there was much of a stretch.”

“That many people have their doubts about Cremonese? I won’t be competing for the title, no. I think I’m showing that I’m versatile enough.

“For me, it was important to be the first striker somewhere. I didn’t want to go to all those beautiful stadiums as a tourist. I want to play effectively and prove myself.”

The 27-year-old also opened up on the risk of getting injured while playing on Saturday and ruining his imminent transfer to the Serie A.

“I would have liked to have scored a goal, but I am delighted that we were able to win and that I was able to celebrate with the audience,” he said.