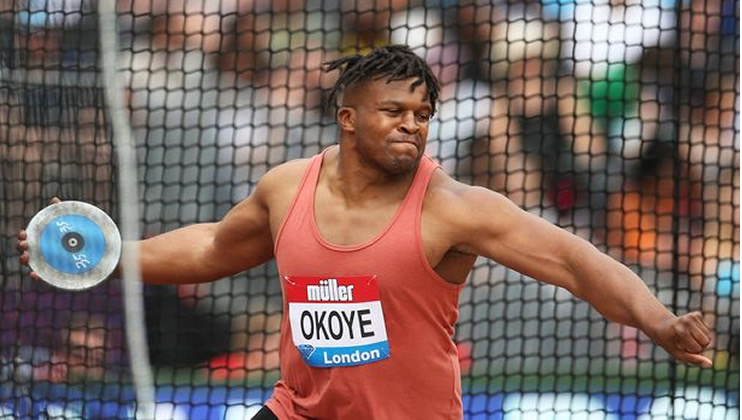 He failed to make the final at last year’s Tokyo Olympics or the 2022 World Championships, but a 64.99m throw took him to the podium behind Australia’s Matthew Denny in Birmingham.

Team-mate Andrew Pozzi tumbled over the line as he won 110m hurdles bronze.

Olympic champion Hansle Parchment of Jamaica had withdrawn from the race with an injury earlier in the evening, opening the door for England’s Pozzi and compatriot Joshua Zeller.

But, from lane eight, Pozzi ran a determined race to claim a medal behind Barbados’ Shane Brathwaite.

Fourth-placed Zeller was two hundredths of a second off Pozzi’s time of 13.37secs.

“I drove for the line and just about got there,” Pozzi said.

“I was just desperate to get there.

“That medal was needed. People probably don’t understand the toll the past few years have had on athletes.”