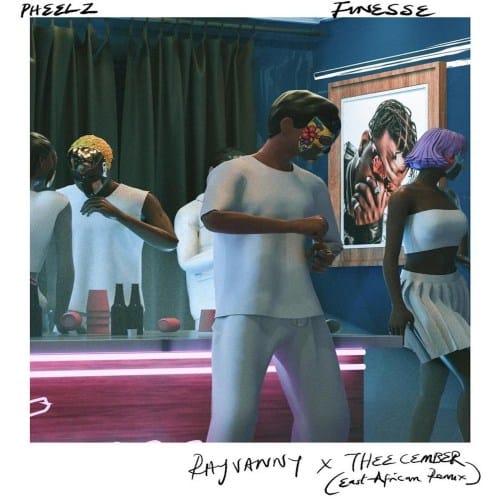 To The Triibe in East Africa Pheelz Got A Fire Remix Of FINESSE With Rayvanny and Theecember Out Now!

Pheelz Mr Producer teams up with Tanzanian singer, Rayvanny and Burundi act, Theecember for the release of Finesse East Africa Remix. This new tune follows up on the huge success of the origin version.

Finesse is not just a hit song, it’s an anthem and we have Pheelz x BNXN to thank for that. This song upon release official topped different music charts for weeks, got recognized by Billboard and went No. 1 as the most on searched song on Global Shazam. Pheelz also made his debut on UK music chart and at The O2 Arena, London with his massive tune.

Today, July, 2022, Pheelz decided to bless his fans with a new version of his hit. Listen and Enjoy the Eastern African Remix of FINESSE!