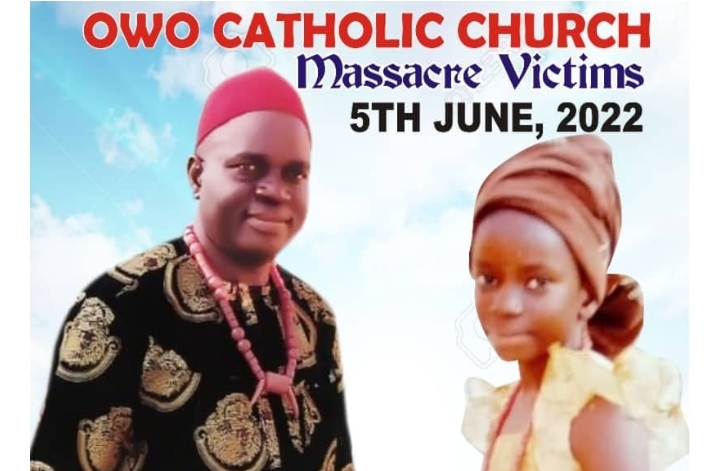 Following the death of Mr Ani Virginus Ugwuja, 57, and his 11-year-old daughter, Chidiogo, who were killed in the June 5, 2022, terrorist attack at the Saint Francis Catholic Church, Owaluwa, Owin Owo, Ondo State, they have been buried in their hometown.

It was gathered that the deceased’s wife and one of his children had attended the early morning service that fateful day and returned safely before he, alongside his son and daughter, Chidiogo, joined the subsequent service during which the terrorists struck.

According to report, the deceased’s son survived by falling on his father’s body feigning to have also been shot. 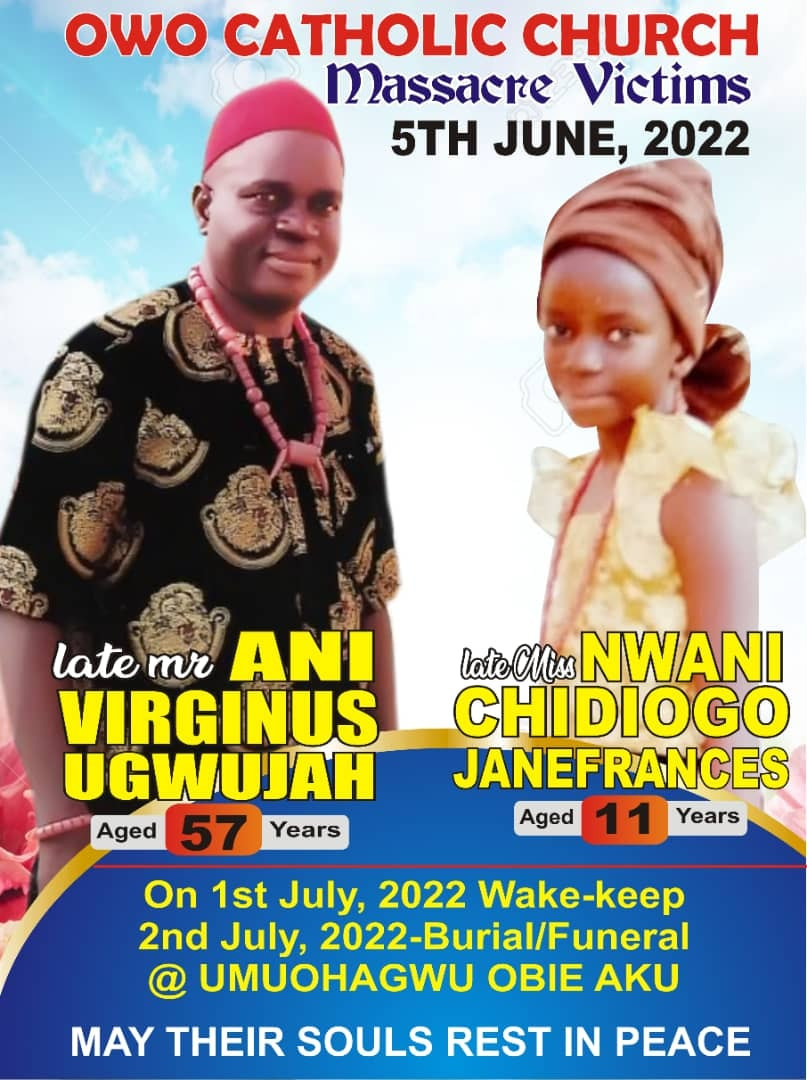 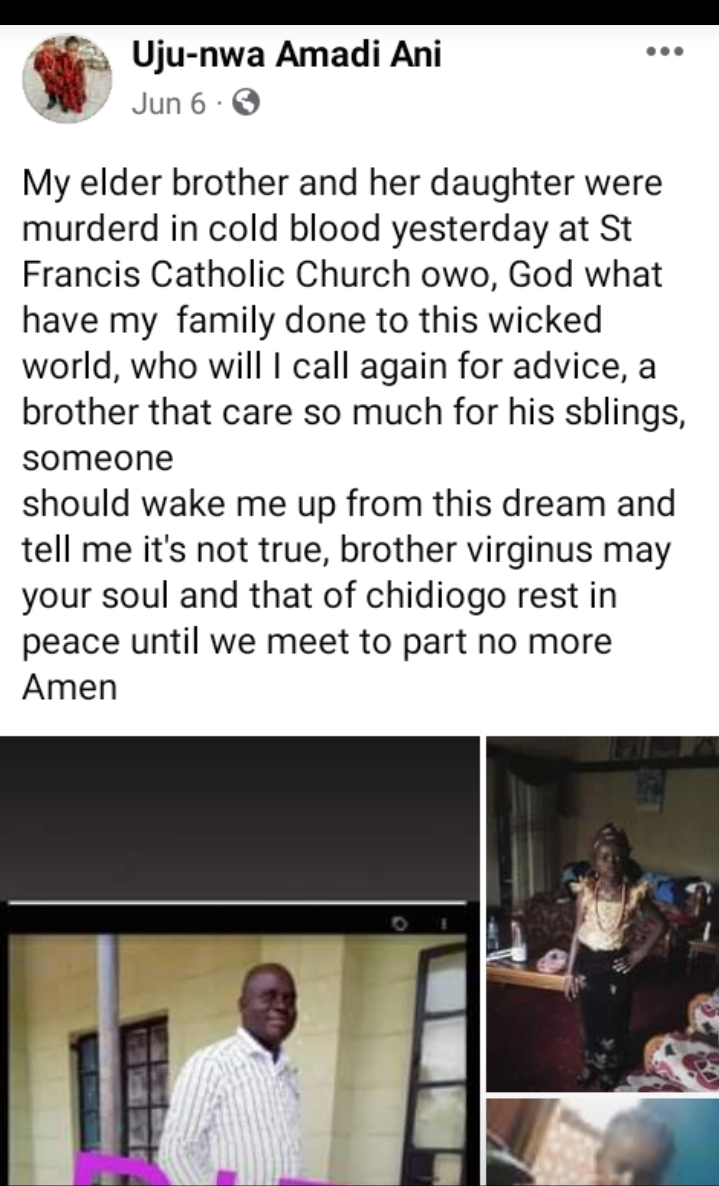 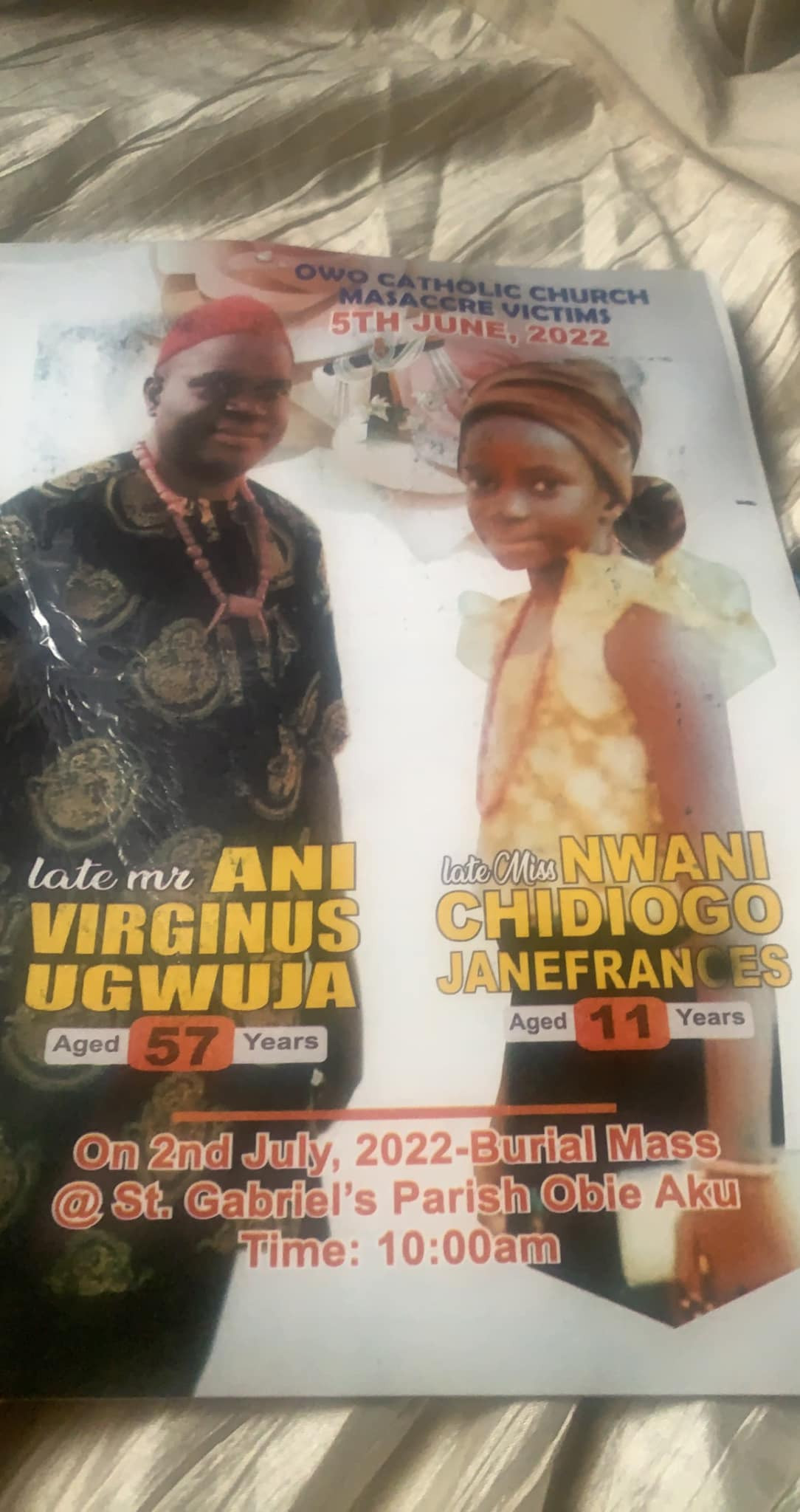