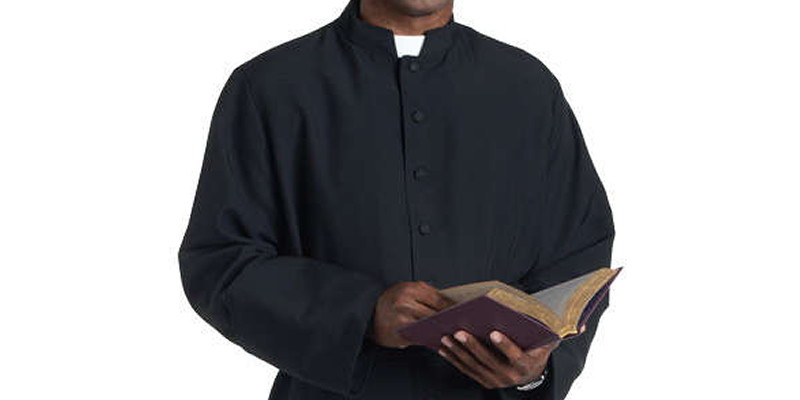 According to reports, the priest was kidnapped on Monday from the parish rectory at St. Charles Catholic Church in Zambina in the state’s Kauru Local Government Area.

The incident occurred in the wee hours of Monday, according to Rev. Fr. Emmanuel Uchechukwu Okolo, the Chancellor of the Catholic Diocese of Kafanchan, who confirmed the news in a statement made available to journalists in Kaduna.

When the priest failed to show up for the morning mass, it was noted that he was missing.

He said, “It is with great pain that we announce to you the kidnapping of our Priest, Rev. Fr. Emmanuel Silas. The event occurred in the early hours of July 04, 2022, when he could not turn up for morning Mass.

“He was abducted from the parish rectory at St. Charles Catholic Church, Zambina, in Kauru Local Government Area of Kaduna State.

Okolo asked for intensified prayers for the safe return of the priest and advised members of the church not to take the law into their hands.

“We solicit for intense prayer for his quick and safe release, we equally wish to call on all and sundry to refrain from taking the laws into their hands.

“We will use every legitimate means to ensure his quick and safe release.

“May Jesus crucified on the Cross, listen to our prayers and hasten the unconditional release of His Priest and all other kidnapped persons.”

This comes about a week after Rev. Fr. Vitus Vaishima Borogo, 50, was killed by terrorists on his farm in Kujama, along Kaduna-Kachia Road on Saturday, June 25, 2022.

The Kaduna-based cleric was killed by the terrorists during a raid on a farm known as Prison Farm at Kujama, along the Kaduna-Kachia Road.

Rev. Fr. Christian Emmanuel, the Chancellor of the Catholic Archdiocese of Kaduna, in a statement, said, “It is with a heavy heart, but with total submission to the will of God that we announce the death of Rev. Fr. Vitus Borogo, which sad event took place today (Saturday), at Prison Farm, Kujama, along Kaduna-Kachia Road, after a raid on the farm by terrorists.”

The clerics were abducted along Benin-Auchi Expressway between Ehor and Iruekpen communities on Saturday night, the state police command said on Sunday.

Odia was abducted from his home while he preparing to leave for mass.

The Director of Social Communications, Catholic Diocese of Auchi, Rev. Fr. Peter Egielewa, in a statement last Sunday confirmed that the cleric had been killed.

The statement said, “With heavy hearts but with total submission to the will` of God, we announce the death of our priest Rev. Fr. Christopher Odia, who was killed by his abductors after being kidnapped this morning, June 26, 2022, around 6.30 am in his rectory while coming out to go for Sunday mass at St. Michael Catholic Church Ikabigbo, Uzairue, Edo State.”

Many congregants were also injured during the deadly attack.