Home Celebrity Gist 2023: Why northerners will not for Peter Obi – Kwankwaso 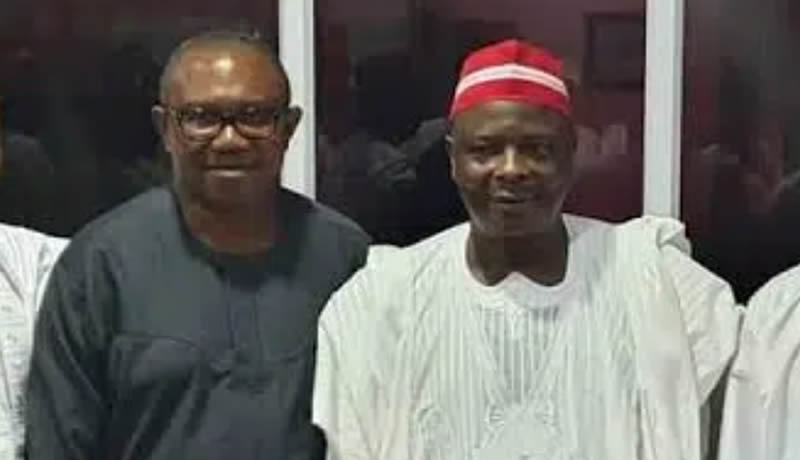 Former Governor of Kano State, Rabiu Kwankwaso has said northern voters will not vote for a presidential candidate of South East extraction because of the secessionist agitation going on in the zone.

He spoke on Sunday when he Featured on Channels Television’s Sunday Politics.

Kwankwaso said that ordinarily he would have liked to be Obi’s running mate, since he is currently jobless, but maintained that northern voters will never vote any presidential candidate from the South-East.

The New Nigerian Peoples Party, NNPP, presidential candidate, said that being Obi’s running mate would mean both of them will lose the election because northern voters will vote for a northern candidate.

He added that northerners are very passionate about one Nigeria and they see a south Eastern presidency as a threat to Nigeria sovereignty.

“That is what the enemy outside there is saying [that I should be running mate to Peter Obi]. The implication is that if you put somebody from the South-East, unfortunately, there are many issues in the South-East.

“Therefore, most of the things that are happening in the South, especially the South-East, people are not comfortable with that and as long as you have anybody from there in any party, it would be very difficult for the northern voter to vote.”

When asked if he would desire to be Obi’s running mate, the former Governor added, “You see, I’m jobless now. I’m not doing any job. So becoming a vice president [why not?

The post 2023: Why northerners will not for Peter Obi – Kwankwaso appeared first on NEWS.

- August 17, 2022 0
For plotting the murder of her husband, Archie Manaka during an incident, a South African woman, Mapula Florah Manaka, was on Tuesday, August...