Home Celebrity Gist “Wizkid Is So Fake ” – Wizkid Gets Dragged For Using Davido’s... 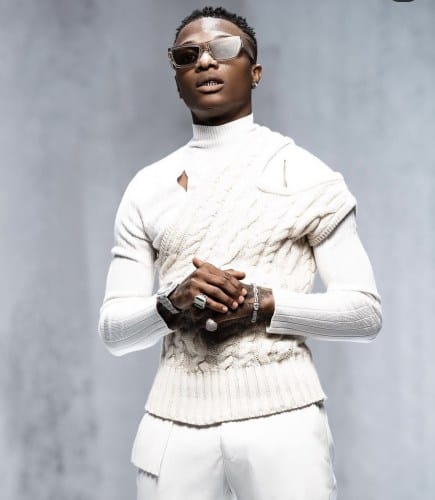 Big Wiz is trending for not surprising reasons.

His declaration didn’t sit well with Davido’s fans who hopped on Twitter to call him out on his fake love. 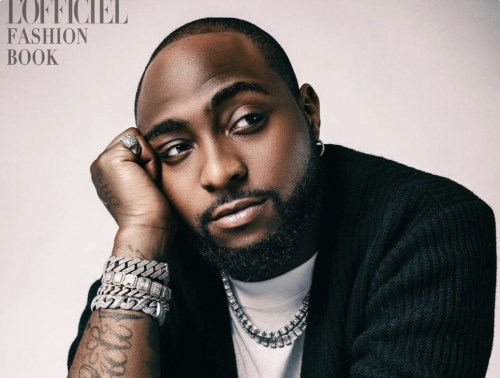 A Twitter user identified as Yinka remained Wizkid of the times Davido has shown him genuine love, by reposting his album and wishing him a happy birthday. Yinka also reminded Wizkid of how he snubbed Davido and also refused to follow him on Instagram.

He advised Wizkd to remove Davido’s name from his mouth and stop using him to promote his upcoming album, ‘More Love, Less Ego. 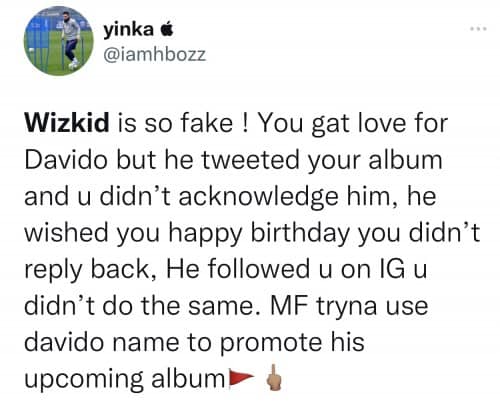 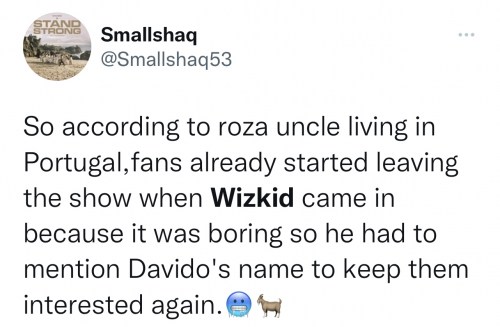 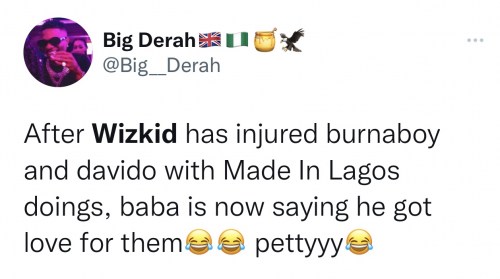 The post “Wizkid Is So Fake ” – Wizkid Gets Dragged For Using Davido’s Name To Promote His New Album In Portugal first appeared on tooXclusive.