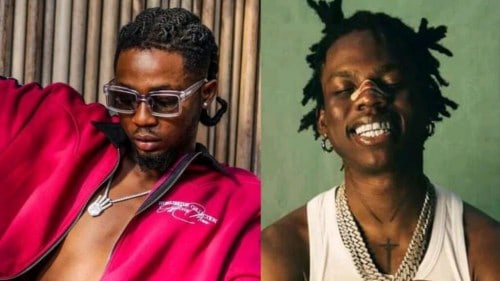 Nigerian singers, Omah Lay and Rema have tendered an apology to their fans after a Portuguese lady called them out over their poor performance.

According to this lady, she was extremely disappointed with their Afro Nation performances and she is saying this so they can change. In a video the lady shared on Tik Tok, She said they weren’t singing but shouting. She revealed it was really irritating considering the fact they wanted their fans to sing along to their noise.

Reacting to what she said, Omah Lay admitted his performance at Afro nation wasn’t the best. According to him, it was because he couldn’t hear himself and had to just do what he could do. He apologized and promised to make it up to her with a free ticket to his show.

Rema also apologized but he blamed the show organizers for not planning the show. According to Rema, there were many challenges that he and Omah Lay were forced to improvise.

See their posts below; 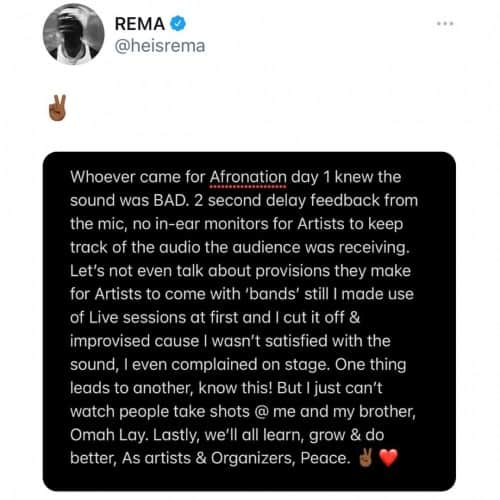 The post Omah Lay and Rema Apologize For Their Poor Performances In Portugal first appeared on tooXclusive.