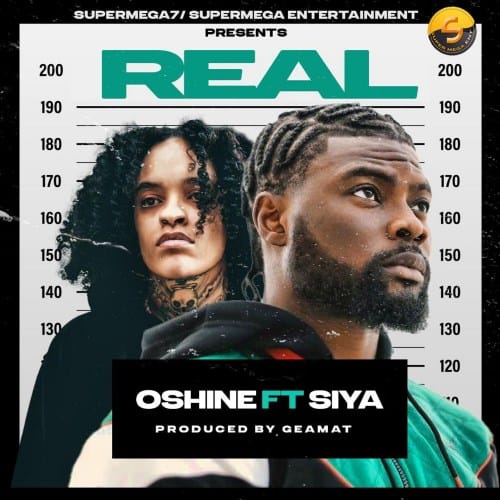 Nigerian American Afropop/hip hop act Seun Balogun better known as Oshine kicks off the year 2022 with his first official single after a three-year hiatus Titled “Real” featuring America’s finest Femcee and reality tv star Siya.
According to Oshine, the song “Real” talks about his ugly experiences in recent times, from betrayal from loved ones to racial profiling from law enforcement.

Siya who is a featured artist on the song shares the same experience, by delivering her rap flows, witty punchlines, and wordplay without much ado yet corroborating Oshine’s story with her own personal experience in the streets.

Still basking from the euphoria of the release of his last body of work “Money, Women, Pray” E.P to critical acclaim, Oshine is currently in partnership with Nigerian / American Entertainment platform and Record Label Super Mega Entertainment.

Watch out for Oshines new E.p which will be announced soon.