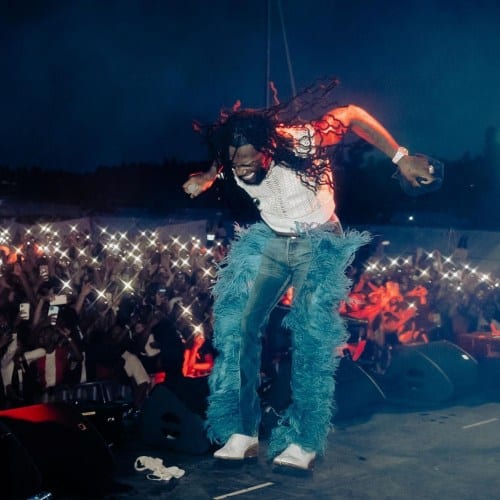 Nigerian singer, Burna Boy just turned 31 and friends and family are going all out with the love.

African Giant is trending on Twitter and Instagram with ‘Big 7’. His birthday this year is extra special, not because he will be releasing his 6th studio album in 6 days, but the way he chose to celebrate it.

Burna Boy celebrated it with fans at Summer Fest where he was paid millions to Headline the show.  Summerfest is an annual music festival held in downtown Milwaukee, Wisconsin. The organizers of the show gave him balloons and cake. Burna Boy also got a special birthday song from his fans

The post Burna Boy Celebrates His 31st Birthday With Fans In Wisconsin first appeared on tooXclusive.