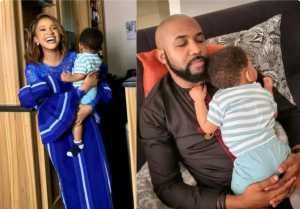 Nollywood actress Adesua Etomi has asked for forgiveness after her 1-year-old son Hazaiah blocked her friends and unfollowed others.

The mother of one took to her Insta stories to share screenshots apologizing to those affected by her son’s actions.

She stated that she has no idea what other thing her son did with her phone and apologized for anything else she was not aware of.

She wrote: “Zaiah had my phone, how will I track what he did. “

In another post she wrote: “Blocked two people I have gone to beg. Pls I apologize in advance for anything else. “ 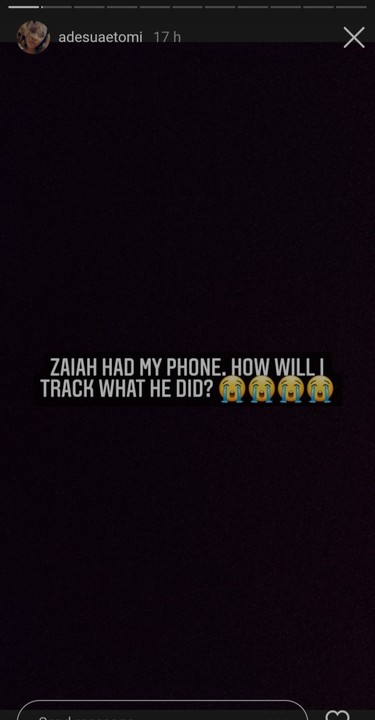 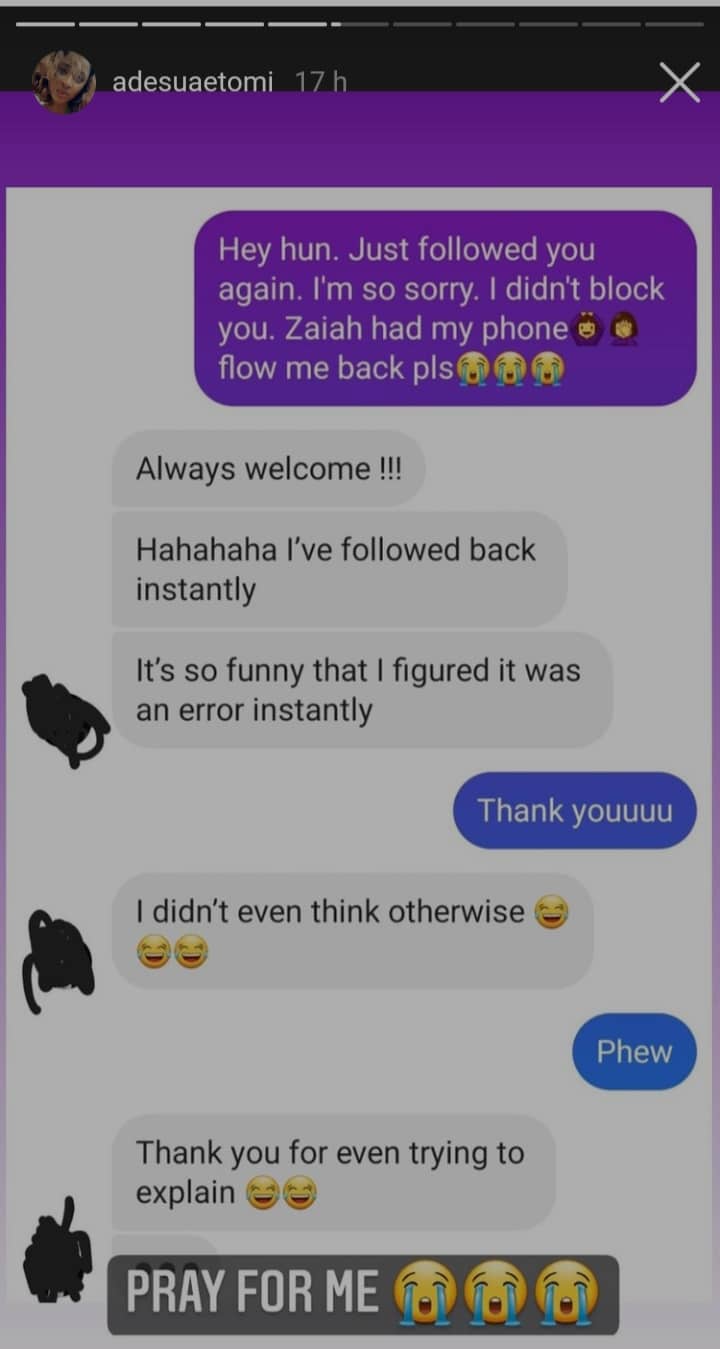 Recall that a married woman had accused Grammy award-winning artiste Burna Boy and his aides of attacking her husband and friends at the night club.