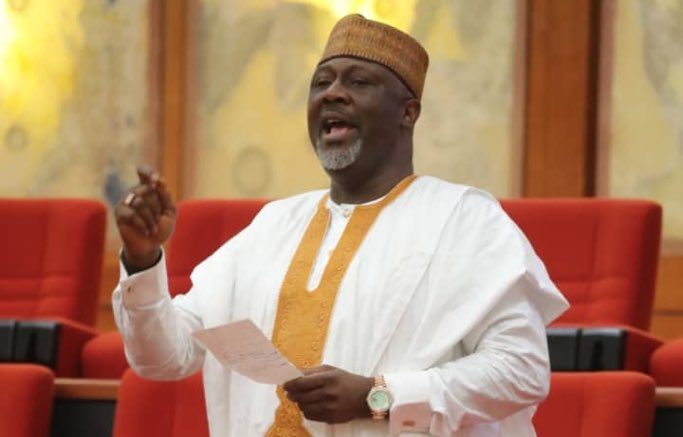 Dino Melaye, former lawmaker has faulted gang-up for his loss at the primary to elect the senatorial candidate for Kogi West on the platform of the Peoples Democratic Party.

Yusuf defeated Melaye, who represented Kogi West in the eighth Assembly with 163 votes as against 99 votes polled by Melaye.

In a rerun election held Tuesday in Kaba, following a tied result of 88 votes apiece for the duo of TJ Yusuf and Dino Melaye after Monday’s delegates election.

Congratulating Yusuf, Melaye tweeted, “The primary has been fought and won. I congratulate Hon. T.J YUSUF and thank all those who voted in the first and second ballot for me.

“The gang-up is unimaginable but l give God praise. God bless you all. SDM.”

In Kogi East, former banker, Dr Victor Adoji clinched the ticket to fly the flag of PDP at next February’s general election.

The post Dino Melaye reveals why he lost PDP primary in Kogi appeared first on NEWS.