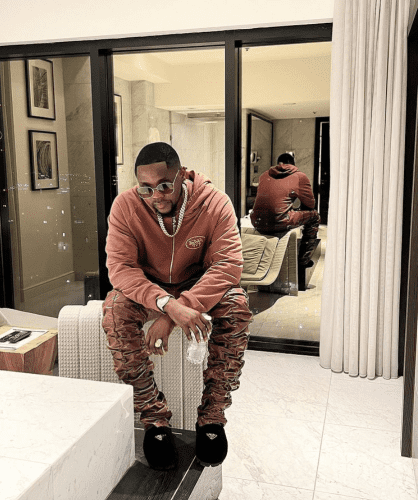 Some Nigerians aren’t happy or Impressed with the Organisers of the 2022 Headies award.

On Tuesday, the 24th of May, The Headies released its nomination list which put Twitter in a state of Frenzy. Many excited fans rushed to check their Nominee’s list to see if and how many awards their fave bagged at the nomination ceremony.

Kizz Daniel who currently has the most shazamed song in the World, ‘BUGA‘ got just one nomination, while fast raising Street Pop artist Portable bagged two nominations.

This caused fans to rush to Twitter to call out the organisers of the show for insulting Kizz Daniel with the ‘Best Afrobeats Album’ nomination they gave him.

Some users were generous enough to provide reasons why Kizz Daniel was Underrated by Headies, According to Culture, the music industry has a personal Agenda against him. He revealed that it is hard to believe that Kizz Daniel who has being dropping bangers for years didn’t get the recognition he deserves.

@fdculture_ wrote: “I’m starting to believe the music industry has personal agenda against kizz Daniel. Man has be on fire since forever and not getting recognition he deserves”

Another user identifies as Life claim Kizz Daniel bagged just one nomination because he is underrated in the music industry. He called out for nomination ‘Lie’ which was trending across social media, but they included Essence.

@YoungTife wrote: “Next time, when we say Kizz Daniel is underrated and you argue, I’ll personally curse you Fgs, he dropped “Lie” and the song a fucking hit. Where’s the song in the headies nominations? Not to even talk about Barnabas y’all enjoyed! Omo… Y’all should getat abeg”

Daniel Regha claims another reason Kizz Daniel bagged one nomination is because the Headies organizers are biased. According to him, Kizz Daniel is a better singer, Performer than Wizkid and Davido who bagged 9 and 8 nominations respectively. He added that The Headies not recognizing Kizz Daniel but giving Portable two nods is consulting.

The Headies Award is a big joke, the organizers are too biased. How can Portable who has no hit song bag multiple nominations whereas Victony gets snubbed; & Kizz Daniel gets only one nomination despite producing better music than Wizkid, Davido & Co. This is beyond insulting.

Another users said Kizz Daniel was snubbed based on Cabal;

@IfedayoSkillz wrote: “Kizz daniel already said the music industry is ruled by Cabal, he’s not ready to kiss anybody’s ass in the industry hence the mediocre treatment he gets from them from time to time. Kizz Daniel is an A-list artiste and he deserves better recognition than what Headies is doing”

AND FINALLY Music heads blame it on Kizz Daniel’s lazy Management team for not always promoting the singer and his contents (songs & videos).