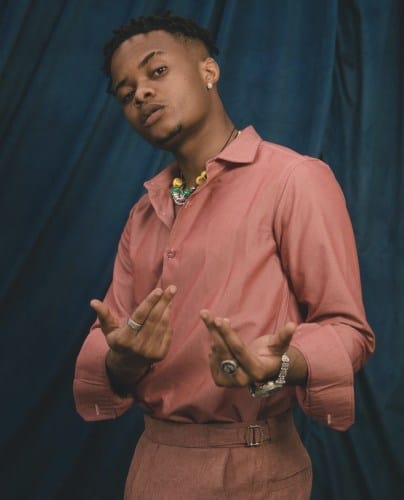 He finally made an appearance with Mavin Overdose. According to Crayon, this is his first appearance and he have his fans to thank for it.

Crayon also appreciated everyone who listen to their song and encouraged those yet to do so to stream.

For those who have listen to the jam, you would agree that Crayon killed the hook and chorus of “Overdose“. The song produced by Don Jazzy also featured Ayra Starr, Magixx, Boy Spyce and Ladipoe.

Crayon got signed to Mavin in May, 2019 and he released his first single titled “So Fine” after his unveiling.

The post Celebrate Your Lil. Win! Crayon Jubilates As He Appears On ‘Apple Music Top 3’ For The First Time first appeared on tooXclusive.