Home African News PDP: We were forced to leave venue, no primary election in Ibadan...

Three aspirants jostling to contest the Ibadan North East/ Ibadan South East federal constituency seat in the House of Representatives on the platform of the Peoples Democratic Party (PDP) have disclosed that they were forced by some security agents and thugs to leave the venue of the primary election.

DAILY POST recalls that the party had fixed today (Sunday) as the date for the House of Assembly and House of Representatives primary elections ahead of 2023 elections.

But, three of the aspirants among whom are Hon. Deji Aboderin, Dr. Kazeem Adesina Olasupo and Hon. Niyi Aborisade have alleged that some leaders of the party used security agents and thugs to force them out of Goodwill Hall, Adekunle Orita Aperin, Ibadan, venue of the primary election on Sunday.

DAILY POST recalls that there had been a series of internal crises in the last few weeks over who will represent the constituency ahead of 2023. https://dailypost.ng/2022/04/04/2023-pdp-stalwarts-kick-against-automatic-ticket-for-house-of-reps-member-in-ibadan/

Our correspondent gathered that the failure of the party to agree on a consensus made the party to organise the primary election on Sunday. https://dailypost.ng/2022/04/05/2023-conduct-primary-election-to-pick-ibadan-north-east-ibadan-south-east-candidate-pdp-members-tell-leaders/

One of the aspirants, Deji Aboderin, who addressed journalists after he was chased out of the venue, said that what happened showed that PDP government in the state is a failure.

Aboderin, who alleged that the incumbent lawmaker in the constituency, Hon. Abass Adigun, Deputy National Chairman (South) of PDP Ambassador Taofeek Arapaja and Mr. Dare Adeleke were the brain behind what happened, insisted that the three aspirants who were forced to leave the venue will challenge what happened on Sunday.

He said, “We are going to challenge what happened today because there was no primary. What transpired at the venue of the primary showed that PDP government in Oyo State is not about people but about cliques.

“Honourable Dare Adeleke was seated, Ambassador Arapaja, the Deputy National Chairman of PDP was there. These are the people who want to rule us in 2023. The thugs said that I should leave the venue and if I failed to leave, they would shoot me down. There was no primary in Oyo State. Immediately they came in, people were shooting. The thugs came, they wanted to attack us. They were armed with guns, knives and charm”. 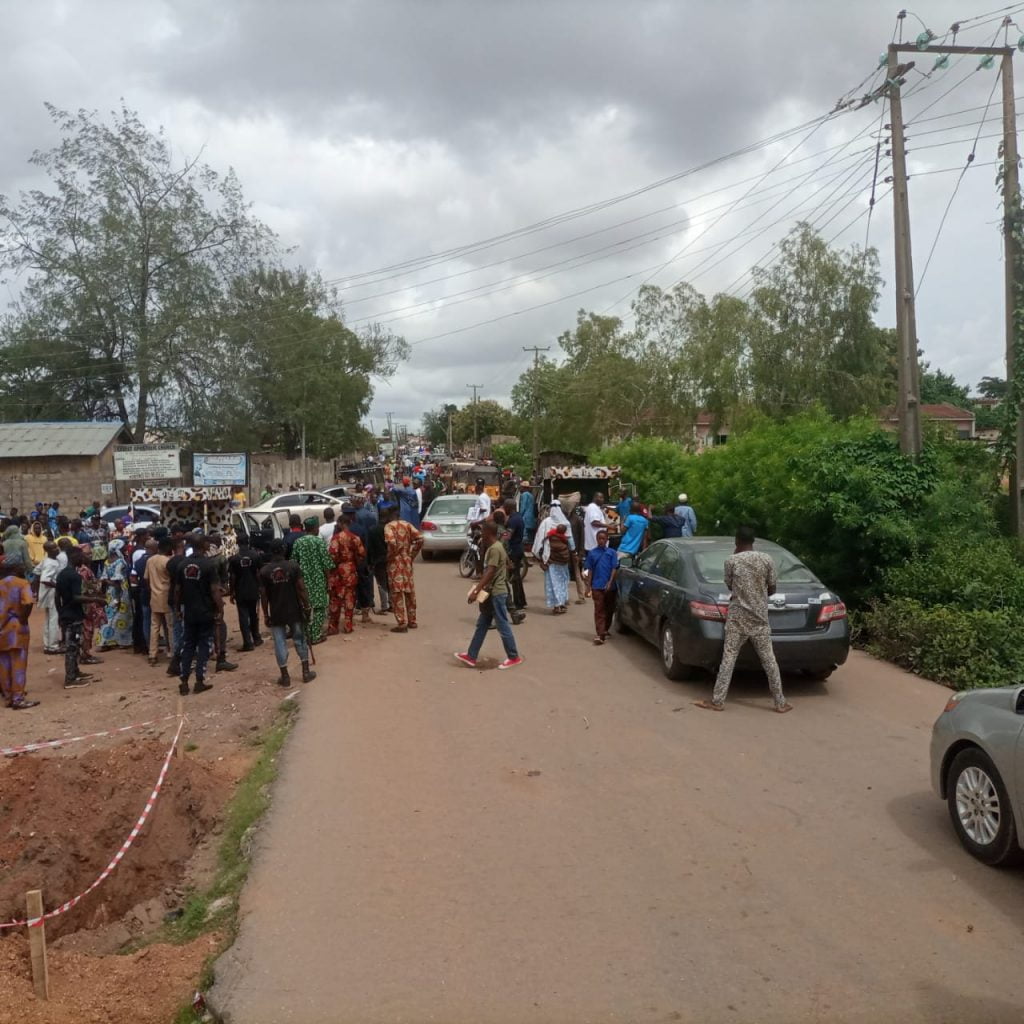 Olasupo, who also spoke with journalists said, “There was no primary election in Ibadan North East and South East Federal Constituency today. Although they might come up with a winner but as you can see there was no primary. The atmosphere was not conducive and it was really discouraging and sad. This is not democracy.

“However, as you can see today, there is a lot of tension in the atmosphere. One of the national leaders of the party was moving around with soldiers and thugs to intimidate aspirants and delegates so as to arrive at a predetermined result. This is not going to be the end of it. We are going to do the needful”.

Aborisade in his contribution said, “We were chased out by the likes of Ambassador Arapaja, Akeem Ige, Dare Adeleke, and co and thugs. We should be allowed to exercise our civic right.

“It costs more than N3 million to get form. We were not approached on what to do. We were not told to step down for Agboworin. They were just using might as if might is right. The governor, Seyi Makinde as the Chief Security Officer failed to provide us security for free and fair primary. We were sent out by the thugs of Arapaja and his co-travellers.

“This is not what the Electoral Act stipulates that should be done. If there would be consensus, all of us had to sign. There was no signature. Nothing took place, so I don’t know how they could just raise his hands. He was not validly elected and this would be challenged in the law court.”