Tonto Dikeh has reacted to Kemi Olunloyo’s most recent revelations about her.

Kemi disclosed that Tonto made a visit last week to the office of a woman, whose name was withheld. At the office, Tonto’s handbag had dropped causing drugs to allegedly fall out of Tonto’s bag.

You will recall that the investigative journalist disclosed that she would love to help Tonto Dikeh with her drug addiction. In the lengthy post, Kemi went on to address the previous issue about Tonto’s divorce from her ex-husband, Olakunle Churchill.

Reacting to all of these, Tonto Dikeh dared Kemi to mention the name of the woman she was visiting if not all hell will let loose. 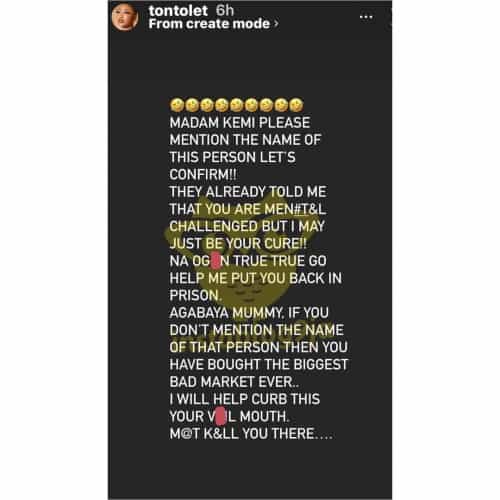 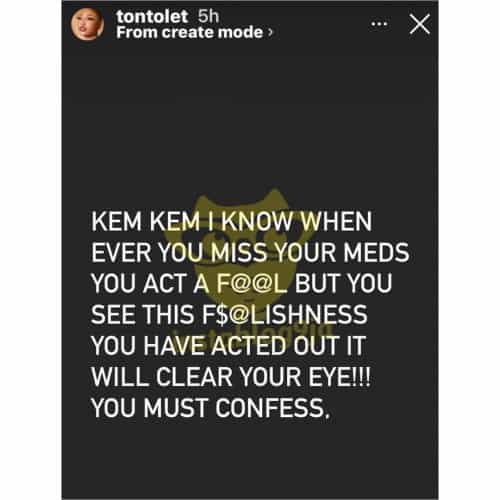 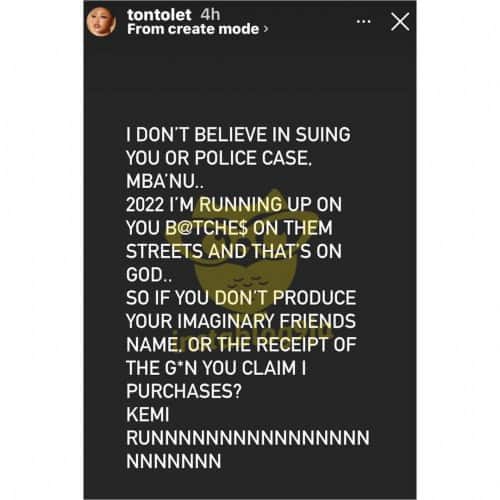 The post Tonto Dikeh Reacts To Kemi Olunloyo’s Most Recent Claims About Her first appeared on tooXclusive.