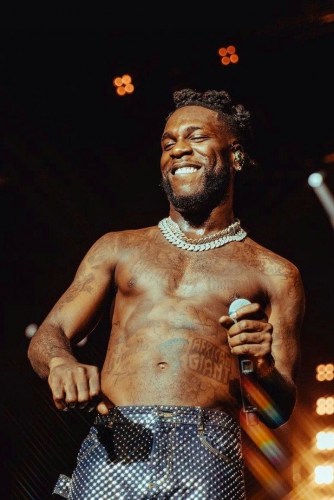 We earlier reported that Davido took to Instagram to celebrate after ‘Stand Strong’ topped all the newly released songs on ‘Afrobeats Derby’ on Apple Music.

Reacting to the dethronement of ‘Stand Strong’,  Burna boy took to his Twitter account to laugh. He reposted a screenshot of the chart and used two laughing emojis to shade Davido. 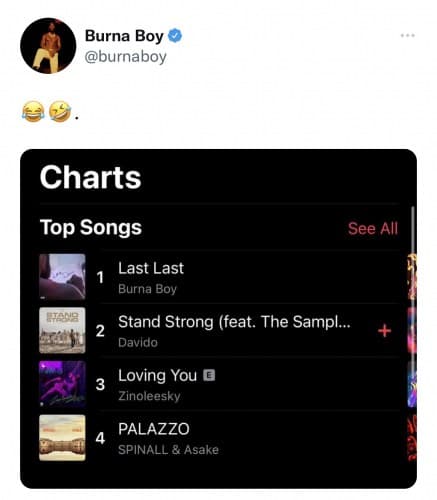 The post Burna Boy Reacts After His Song Pushed Davido’s ‘Stand Strong’ To No.2 On Apple Music first appeared on tooXclusive.