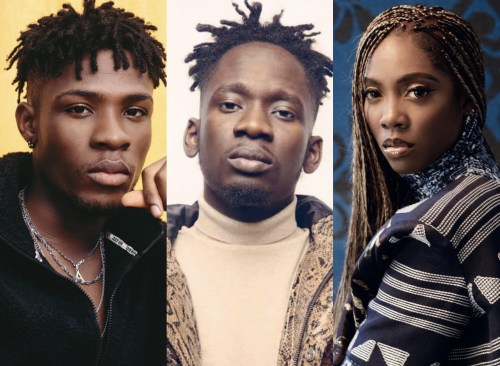 Joeboy is over the moon at the moment.

The Beginning singer is excited after his label Boss and colleague surprised him at his 1st headline show in New York City.

For those following the young legend on social media, you would know he is currently on Tour in the US. Yesterday, he headlined his first show and Mr. Eazi surprised him with his presence.

From the videos on our page, Joeboy was stunned to see his boss who told him he will not be attending his show. Mr. Eazi also confirmed on his IG that he wanted the surprise to hit different, so he was hush-hush about his trip to NYC.

Tiwa Savage also showed up for Joeboy and wowed the crowd with her performance. She Performed “Koroba” alongside Joeboy.