Home Celebrity Gist “Stop Pushing Me Kazim. I Give You 12 Hours To Do The... 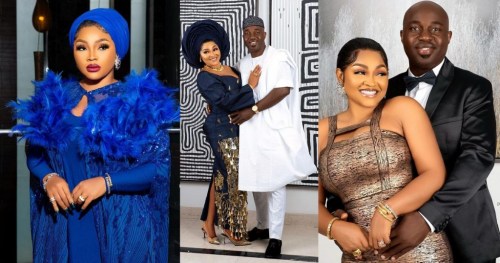 Adekaz production’s first wife, Funsho Adeoti, commonly called, Asiwaju Couture has caught the attention of netizens following a message she put up on her Insta-story, sternly warning him to pull something down.

It is unclear what this is all about, but all we can tell is that the warning came after Mercy Aigbe shared photos of herself and her hubby, Adekaz while attending actress, Ini Edo’s 40th birthday party.

She wrote; @RealMercyaigbe @Adekazproductions for the Last AND FINAL TIME ‘STOP PUSHING ME’ KAIM do the needful PULL IT DOWN… YOU’VE BEEN WARNED. 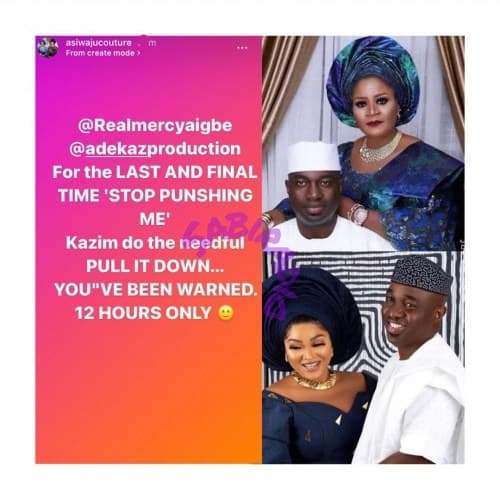 The post “Stop Pushing Me Kazim. I Give You 12 Hours To Do The Needful” – Mercy Aigbe’s Husband’s Ex, Issues Final Warning, Gives Ultimatum first appeared on tooXclusive.