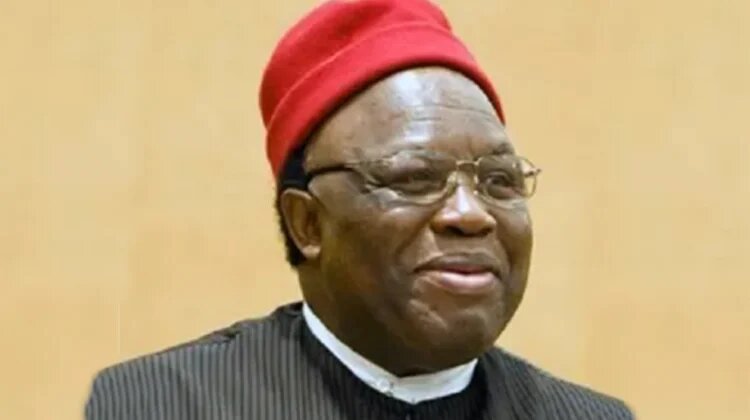 Ohanaeze Ndigbo, the apex Igbo socio-cultural organisation has called on President Muhammadu Buhari to release the Leader of the Indigenous People of Biafra, Nnamdi Kanu, and all Igbo youths in detention over the agitation for Biafra.

This call was made on Thursday by Ohanaeze President General, Ambassador George Obiozor in his opening address at the ongoing Imeobi of Ohanaeze meeting currently holding at the Ohanaeze National Secretariat in Enugu.

While expressing optimism that the Igbo nation would come out stronger from the current turmoil, Obiozor said that Ndigbo seeks healing, national unity, and progress on a platform of justice, equity, fairness and a sense of belonging in Nigeria which will start from the release of Igbo youths detained in various cells across the country without trial.

Reacting to the current security situation pervading the region, Ohanaeze PG said that each geo-political zone had its own peculiarity.

According to him, “The advent of insecurity in the South East is both bizarre and dramatic. The South East had been adjudged the most serene and peaceful zone in Nigeria until April 5, 2021, when gunmen attacked the correctional facility in Owerri, Imo State and freed a total of 1,844 prison inmates.

“Since the April 5 episode, insecurity in the South East has attained an unprecedented unbearable crescendo. In condemning the spate of violence in the South East, Ohanaeze Ndigbo Worldwide also called attention to the strategic capacity of the local non-state actors to overwhelm a highly fortified correction centre and discharge a total of 1,844 inmates without any arrest.”

Commenting on the 2023 general election, Obiozor urged Igbos wherever they reside in Nigeria to make haste to acquire their Permanent Voter Cards.

“In this connection, I call on the Association of South East Town Unions, traditional rulers, the leadership of Ndigbo in Diaspora, religious bodies, market associations and all other groups to take this message very seriously. It is a task that must be undertaken,” he stated.

A communique is expected at the meeting.