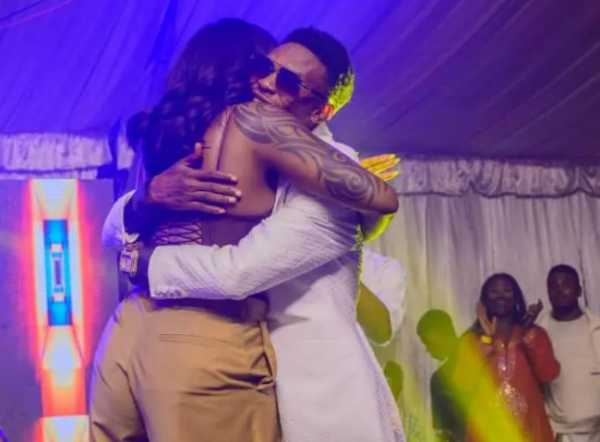 The “I Go Dye Standing: More Than A Legend” show which was held in Benin City, Edo State has been described as a night of grand entrances, superlative music performances and top draw hilarious comedy in an atmosphere of conviviality and camaraderie.

Despite the heavy downpour that almost marred the event, people from all walks of life graced the occasion and filled up the Crown Height, the venue of the show.

The main man of the night, I Go Dye strolled into the venue like an English Knight in Shining armour with 50 royal reel brass men heralding his magnificent entrance with trumpets and drums while a long line of female ushers lined his path with an assortment of flowers. The show began with him and others took it up from there.

The headline music acts of the night were two Nigerian music powerhouses in the persons of 2Baba and Tiwa Savage.

The duo took turns on stage to deliver electrifying performances, taking the crowd on a musical journey that was as stirring as it was exhilarating.

The hall soon became a raucous spectacle as the enchanted audience sang along to each song from the duo’s repertoire.

With 27 years of experience on stage, I Go Dye was on top of his game and set ablaze the night with rib-cracking jokes which drew laughter all around.

Moreso, Okey Bakassi, Maleke and others who mounted the stage set the tempo higher to a rapturous crescendo.

I Go Save who orchestrated proceedings of the night as the host, was a consummate conductor who weaved the night of comedy and music into a symphony of harmony that underscored the success of the show.

“I Go Dye Standing: More than a Legend” is a special occasion and thus rightly tagged as it marks the 27th year of Francis Agoda a.k.a I Go Dye on stage.