Home Celebrity Gist : I Have Been Served Too Many Breakfast – Tiwa Savage Breaks... 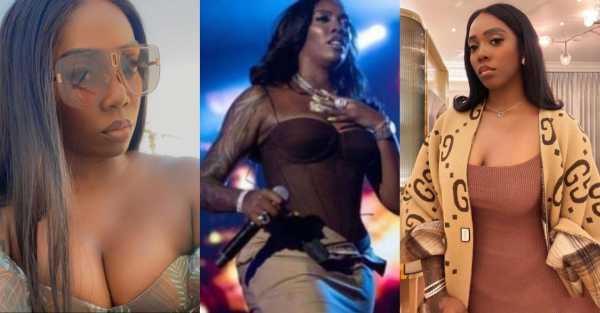 Award-winning Nigerian singer, Tiwa Savage has admitted that she has been served lots of ‘breakfast’, which is a slang for break up.

African bad girl, Tiwa Savage gave fans a night to remember at the Rick Ross Live In Concert held at the Eko Hotel and Suites in Lagos on Thursday, April 14, 2022, as she performed nothing but her hit classics that had fans grooving to the sounds.

During the concert, Tiwa Savage took to the stage to vent out her frustration.

The ‘Somebody son’ hitmaker who has been through a tough time finding love since her marriage to TeeBillz ended, admitted on stage that she has been jilted a lot of times.

Tiwa Savage said as she broke down on stage, “I have been served breakfast too much”.