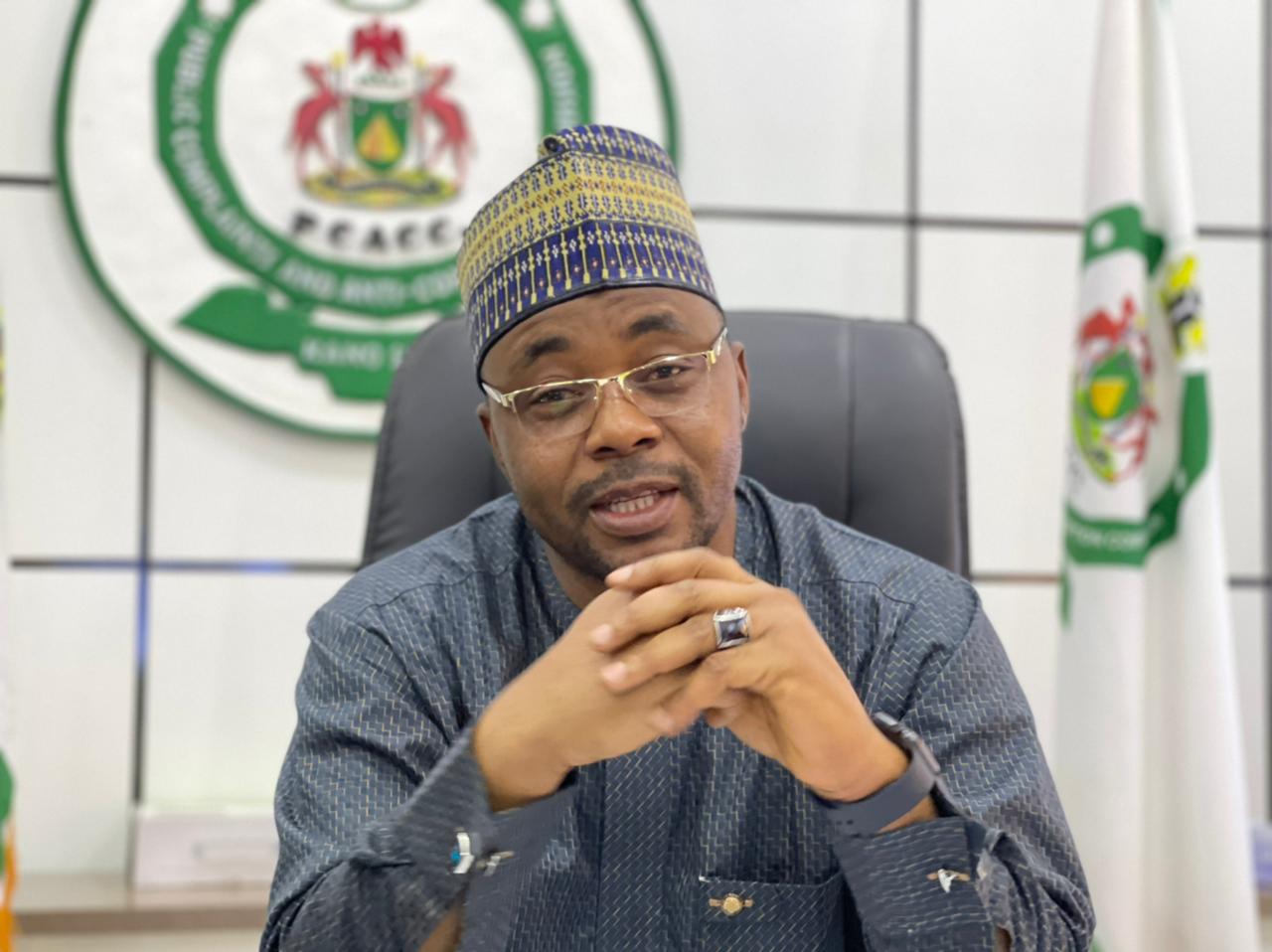 Muhuyi Magaji Rimin Gado, the Suspended Chairman of the Kano State Public Complaint and anti-corruption Commission, has filed an application before the National Industrial Court, Abuja, challenging his removal by the Ganduje administration in Kano.

In the suit filed by Magaji, Kano State government is the first defendant, while the Attorney-General of the State, Kano State House of Assembly, the Accountant-General of Kano State, Barrister Mahmud Balarabe and the Kano State Commissioner of Police were listed as 2nd, 3rd, 4th, 5th and 6th defendants, respectively.

He is praying the court to determine whether having regards to Sections 8,15(i),(g), & (h), Public Complaints and Anti-corruption Commission law 2008 (As Amended), 36(1) of the Constitution of the Federal Republic of Nigeria 1999 (as amended), the 1st Defendant can cause the 3rd Defendant to determine the petition of the 4th Defendant by suspending the Claimant from his statutory position of the Executive Chairman Kano State Public Complaints and Anti-Corruption Commission without having recourse to the Claimant’s right to fair hearing.

Barrister Muhuyi Magaji through his counsels, led by Muhammad Ibrahim Tola also asked the National Industrial court to determine “Whether by virtue of Sections 4(a), 5, & 6 of the Public Complaints and Anti-Corruption Commission Law 2008 (As Amended), the 5th Defendant has a legal restitute and right to continue parading himself as the acting Chairman of Kano State Public Complaints and Anti-Corruption Commission after the expiration of 1 month suspension of the Claimant by the 1st dependant.

“Whether the 1st Defendant can suspend the Claimant indefinitely and without the payment of his entitlement as the Chairman of Kano State Public Complaint and Anti-Corruption Commission.

“Whether the involvement of the 6th Defendant into the purely administrative issue through targeted investigations does not amount to the abuse of office and enforcing double jeopardy on the Claimant.”

He asked the court to make a declaration “that the 3rd Defendant has no right to determine the 4th Defendant’s petition by causing the suspension of the Claimant without first having heard from the Claimant by according him the opportunity of defending himself.

“A declaration that the purported suspension of the Claimant as a result of the 3rd and 4th Defendants’ actions is malicious, ultra vires, null and void, thereby infringing on the Claimant’s fundamental right of fair hearing.

“A declaration that the 5th Defendant parading himself as an acting Chairman of the Kano State Public Complaints and Anti-Corruption Commission is illegal, ultra vires and unlawful.

“A declaration that the Claimant is the substantive Chairman of the Kano State Public Complaints and Anti-Corruption Commission and therefore entitled to all the benefits of his office.

“A declaration that the 6th Defendant has no business in this matter which is within the exclusive competence of this court to decide.”

The Kano State House of Assembly had suspended Magaji as the substantive chairman of the State’s Public Complaint and Anti-corruption Commission on 5th July, 2021 over his refusal to accept a level 4 officer sent to his office.

The House later recommended his dismissal, immediate arrest and prosecution over alleged forgery. However, after almost 7 months, the matter seems to have been swept under the carpet.

You Will All Perish – Actor Aremu Afolayan Curses Govt Officials Who Fail To...

- May 20, 2022 0
You Will All Perish – Actor Aremu Afolayan Curses Govt Officials Who Fail To Make Nigeria Comfortable For citizens Nigerian actor, Aremu Afolayan has...