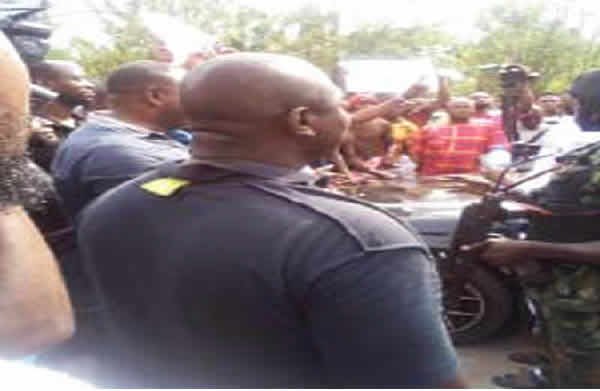 On Tuesday, tipper drivers in Benin City, Edo State, blocked major roads in the area to protest the reported killing of one of their members by Department of State Services officials.

Due to the gridlock caused by a broken down articulated vehicle, the DSS operatives were claimed to be driving against traffic in two automobiles towards Tipper Garage, Ikpoba Slope.

The tipper drivers allegedly moved on the road to help with traffic control.

One of the protesters, Joseph Osaretin, said, “When our drivers identified the first vehicle as being occupied by the operatives, they allowed them to go, and asked an unmarked Audi to go back. This got the operatives angry and on getting down from their vehicle, they shot one of our drivers dead.

“When the drivers saw that their person was down, they went mad and that made the operatives shoot two other persons, who are in a critical condition in a hospital.”

According to a report by Punch Metro, the drivers later regrouped with placards, as they blocked major roads in the city.

It was learnt that the protesters drove hundreds of their vehicles to the DSS office, thereby blocking the entrance to the state police command and other security agencies in Benin.

An official of the DSS, who spoke on condition of anonymity, however, said the operatives were confronted by hoodlums who wanted to free some kidnap suspects.

He said, “We arrested three of their men who were involved in kidnapping and they decided to lay siege to us at the Tipper Garage by Tenboga Junction, to free them.

“The hoodlums, upon sighting the DSS operatives, pounced on them with guns and weapons. In the process, our operatives sustained varying degrees of injury, while our vehicles were also damaged.”