Home Celebrity Gist Nigerian man and his accomplice arrested in India for duping woman of... 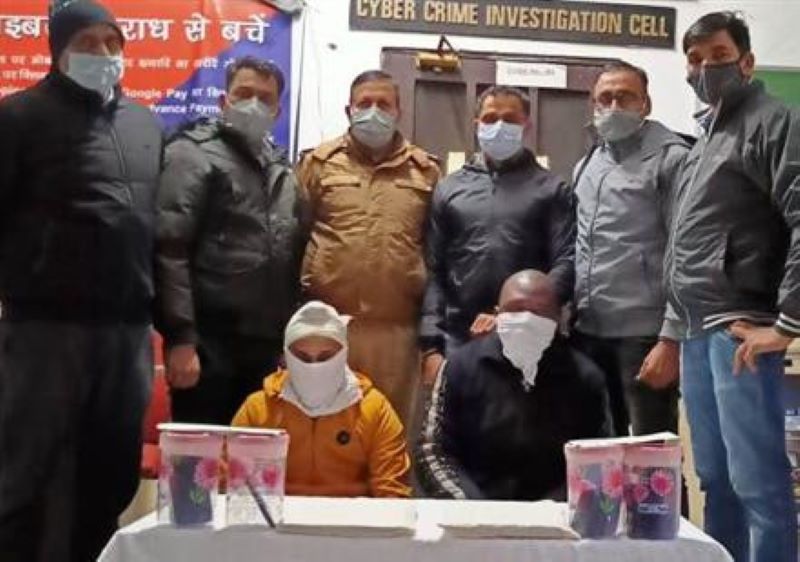 37-year-old Nigerian national, Odoeke Francis Ifeanyi and Satvinder Singh have been arrested by the cyber crime investigation cell of the Chandigarh police for duping woman of Rs 13.31 lakh (N7.3m) on the pretext of sending her gifts from England.

According to the police, Odoeke, who lives in Tilak Nagar area of Delhi posed as Richard from the UK and befriended the victim, a resident of Sector 21, on Instagram, last year.

The victim, in her complaint, stated that during the conversation, the suspect said that his birthday was approaching and as a kind gesture, his family sends gifts to all his friends.

The suspect then sent a message to the victim that since Diwali was approaching, he had sent £10,000 and some gifts to her.

A few days later, she received a call from a person who posed as a courier company executive and informed her that Richard had sent a parcel for her.

The person asked her to deposit Rs40,000 to get the parcel. However, even after depositing the money in the given bank account, no parcel was received by her.

She called on the number from which she had received a call to enquire about her parcel following which the imposter told her that there were various expensive gifts in the parcel due to which customs clearance, police clearance and other permissions were required.

The woman contacted the suspect, who posed as Richard on a WhatsApp number. He replied that there were expensive gifts, including gold sets, in the parcel.

He sent photos of gold sets to the victim and made her transfer Rs13.31 lakh in the given bank account.

The victim later found that she had been duped following which she approached the police. A case of cheating was registered at the Sector 19 police station in December.

During investigation, police arrested the suspected cyber fraudsters and recovered mobile phones, laptops and debit cards from them.

Satvinder was remanded in judicial custody while Ifeanyi was sent to four days of police custody by a local court.

“We are gathering information about other persons involved in this cheating racket,” said a police official.

The post Nigerian man and his accomplice arrested in India for duping woman of N7m appeared first on NEWS.