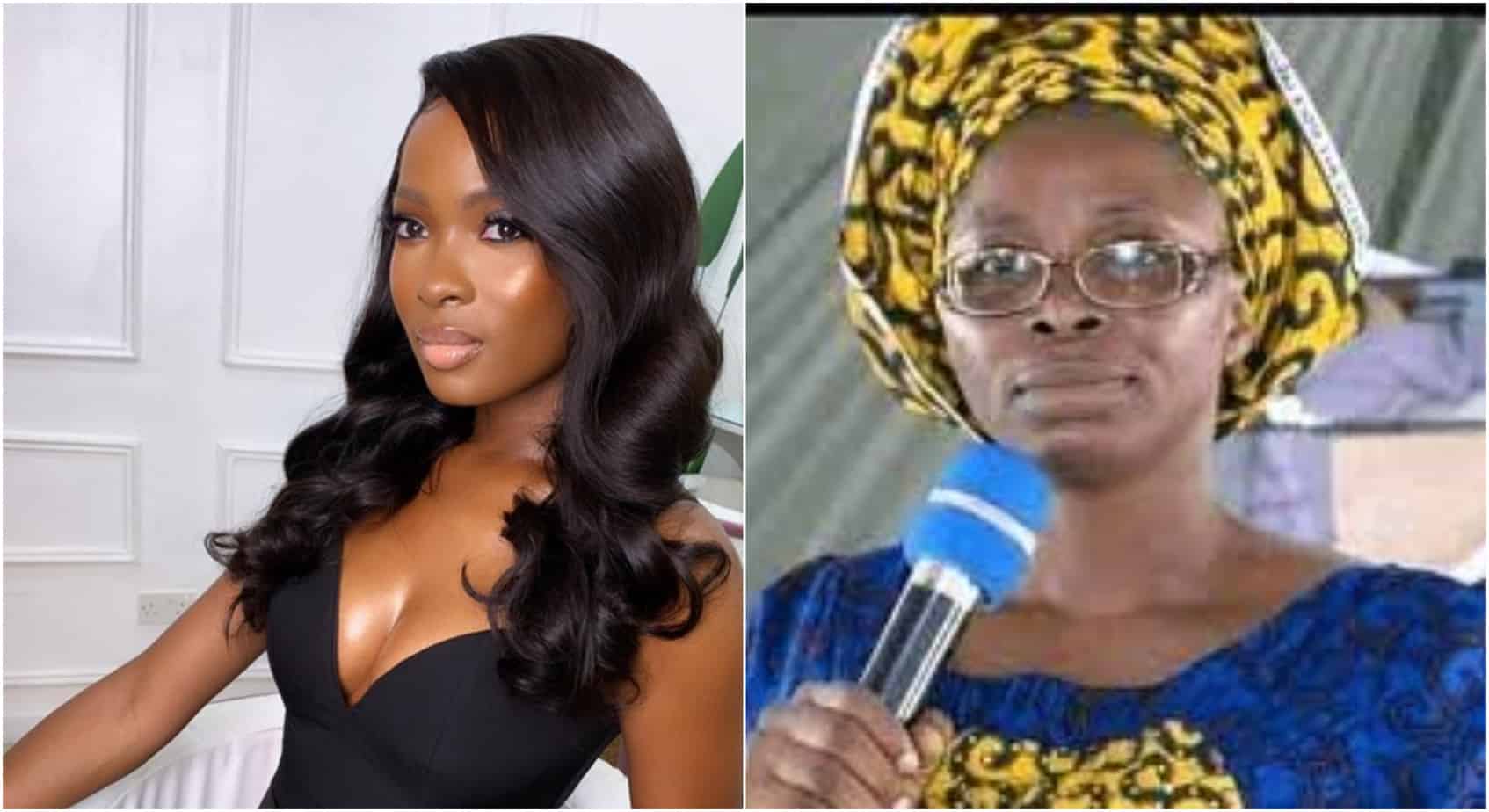 Jemima made this declaration in reaction to one of I.G comedian, Maraji’s skits, lip-syncing to one of Mummy G.O’s numerous preachings. In the said message, Mummy G.O condemned the dressing of Afrobeat Queen, Tiwa Savage, adding that those who want to be like her are being led astray.

She, however, proclaimed the wrath of God upon anyone who violates not only the scriptural rules but also her rules and teachings.

After watching the skit, Jemima Osunde said: For real though, someone needs to arrest that woman ??????? I said hello on the phone and remembered her nonsense.

Other celebrities who have reacted to this include, Chioma Akpotha and Annie Idibia;

Chioma Akpotha wrote, I dont know if i should laugh or just cry for this Mummy G.O

Annie Idibia added: Wait did mummy GO actually say all these ?????? sad sad ! But laughter is good for the soul! E funnydie sha.

“Only You Get Two Oga” – Fans React As Israel DMW Is ‘Caught’ Praising...

- May 20, 2022 0
Israel DMW, the aide to legendary singer Davido, has been caught by fans commenting on Wizkid’s photo as he hailed the singer.Fans of...

- May 20, 2022 0
British singer, Ed Sheeran and his wife, Cherry have welcomed a 2nd baby girl. The bad habits crooner shared the news via his official...