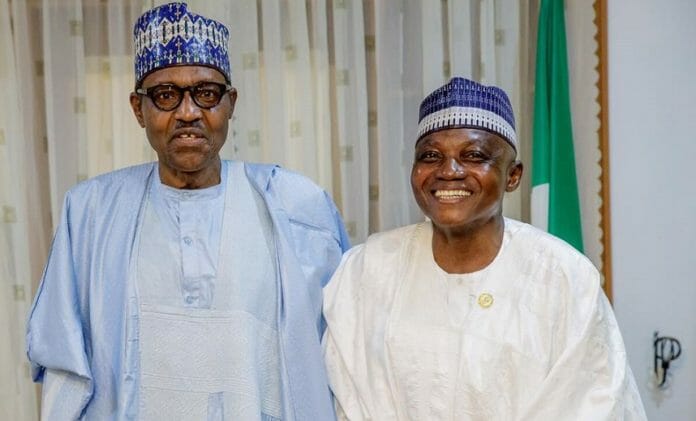 Presidential spokesperson, Garba Shehu has disclosed that many corrupt political elites can not wait for President Muhammadu Buhari to finish his term.

Buhari, whose campaign in 2015 was anchored on the fight against corruption, is expected to complete a second term in 2023.

In a statement released on Tuesday, Shehu said the elites are yearning to return to the old days that were characterised by corruption.

According to him, some politicians are also not happy that the president did not enrich himself with his office.

“So many in the political elites of this country cannot wait for the President’s second term in office to end,” the statement reads.

“They yearn for a return to the ‘good old days’ of helping themselves to public funds with abandon, the easy export of ill-gotten money to foreign bank accounts, of acting without responsibility, accountability, or censure.

“The last thing they want is ‘another Buhari’.

“Even though the President will stand down after the election of a successor next year – whether that successor lives up to the exacting standards and example he has set or not – his legacy is strong and will be peculiarly tough to dismantle: Courts that hold those before it fairly and properly accountable – regardless of their wealth or lack of it; the successful repatriation of stolen funds from decades of export abroad and its use to fund social, unemployment, and welfare programmes for the poorest; reforms that have taken the steam out of centuries-long ethnic and tribal disputes – such as the farmer-herder clashes – long used to stoke ethnic and regional tensions by venial politicians for political advantage; and the protection of millions through an effective vaccine roll-out programme.

“These are just a tiny handful of the achievements of the President. But, perhaps, his greatest achievement of all is to break the belief that Presidents of Nigeria take the office and use it to enrich themselves and their accessories at the public’s expense.

“That wicked spell is broken for good. And it has offended politicians everywhere. They thought the state owed to them while the people provided for the state. Instead, they have witnessed how, when the state owes to them nothing, it provides for the people.”