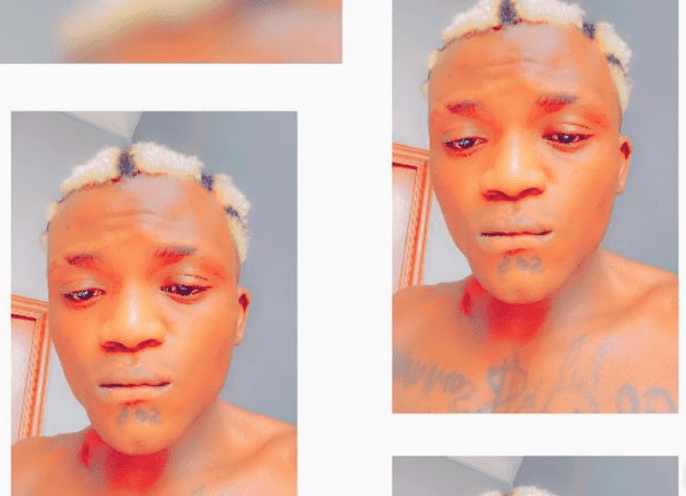 Fast-rising street artist, Portable is addressing issues between himself and his sponsor/manager, Kogbagidi.

In a chat with Jahbless, Portable opened up about his split from Kogbagidi. Portable made it known that he is no longer in business with Kogbagidi and in his words “Kogbagidi always dey f**k up”.

He recounted times he told his ex-manager that he isn’t cool with his business strategies, but Kogbagidi will ignore him and do things his own way.

Portable revealed that before he called Poco Lee out for stealing the money Wizkid sprayed him, he told Kogabadi, but Kogbagidi ignored him until he disgraced Poco Lee on IG.

He averred that Kogbagidi is greedy and is hiding under the umbrella of “I Made You”. Portable also disclosed that when he had issues with Kogbagidi, Danko and Olamide were the ones who settled them and advised him to stop fighting the big names in the industry to avoid his career ending before it began

Portable admitted that at first, he was scared and it forced him to apologize, but now he won’t discomfort himself to please the likes of Kogbagidi and Poco Lee.

Still on 2023 and Political masquerades, By Dakuku Peterside

“For A Lady To Have A Good Man To Marry, She Needs To Have A Boneless Nyash” – Doctall Kingsley

- January 24, 2022 0
Actress Stella Damasus has taken to her social media to announce that passing of her mother.The star made it known that she has...

- January 24, 2022 0
Download Music Mp3:- K-Bass – My Everything T Plan production front artiste “K-Bass” dishes out his single titled “My Everything”. K-bass is a songwriter,...

- January 24, 2022 0
Actress Mercy Aigbe has taken to her socia media to pen down beautiful message to her new boo, Kazim Adeoti to celebrate his...

- January 24, 2022 0
Even though many people felt that the statement reeked of arrogance, the rapper stuck to his guns. Jude Abaga, the Nigerian rapper also known...

- January 24, 2022 0
The very popular Nollywood actress shared the sad news by herself on her Instagram page. “One of Nigeria’s most popular actresses, Stella Damasus has...

“For A Lady To Have A Good Man To Marry, She Needs To Have...

- January 24, 2022 0
According to Doctall Kingsley Ogbonna, a woman without a big bum is wasting her time in life and for her to have a...