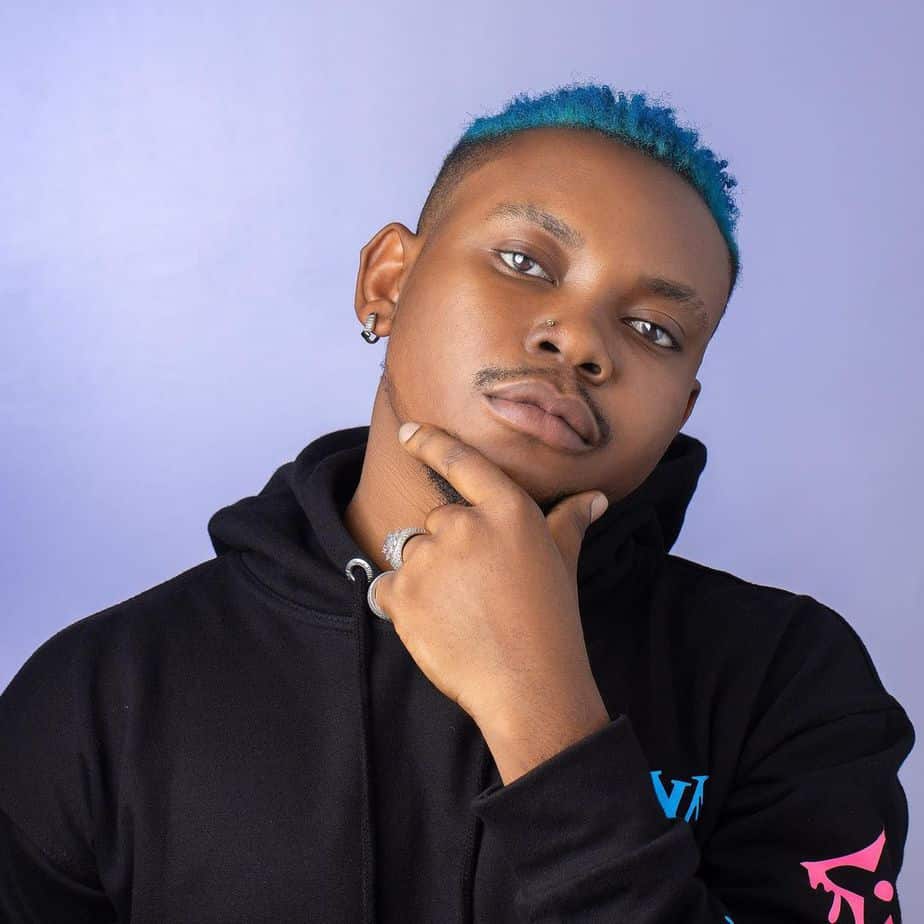 In a tweet, he confirmed that he is indeed related to her after an insider revealed on Instagram that Olakira is the younger brother of Mummy G.O.

The Maserati singer at first didn’t react to it, but he was forced to after a fan asked him on Twitter if he was truly the younger brother of the controversial evangelist.

He replied: “Yes she’s my sister and na heaven I dey go ” 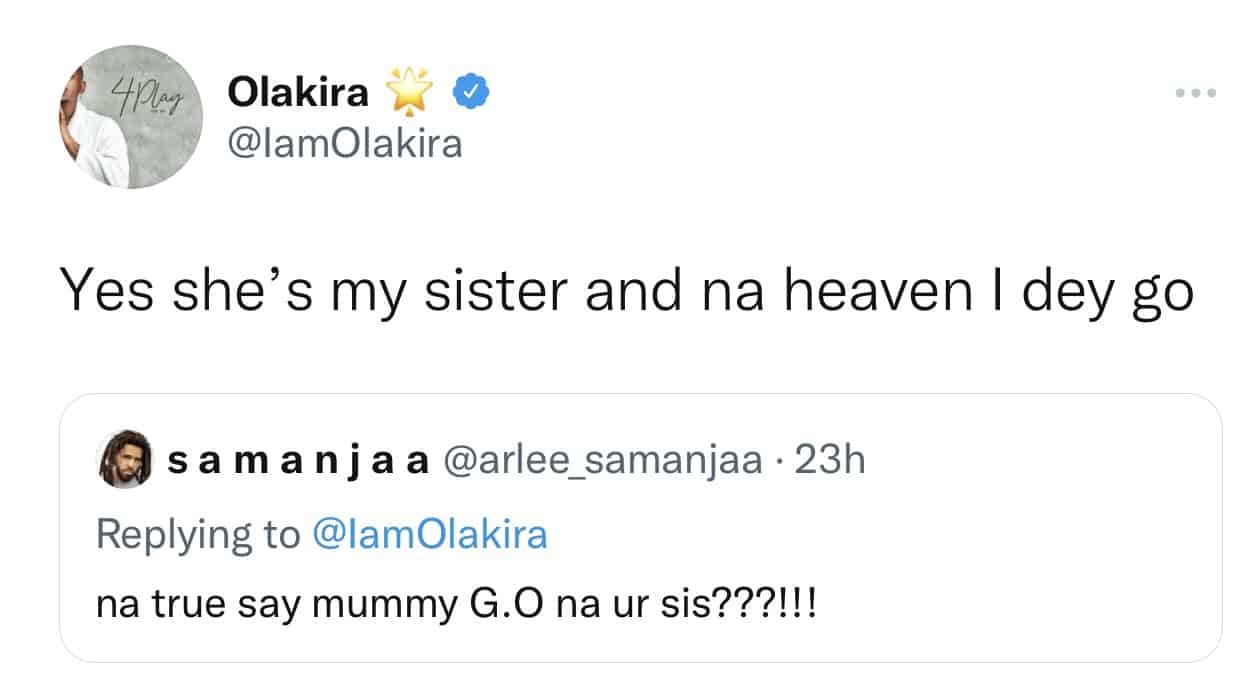