Home Celebrity Gist Duncan Mighty Gets Called Out For Faking His Accident And Refusing To... 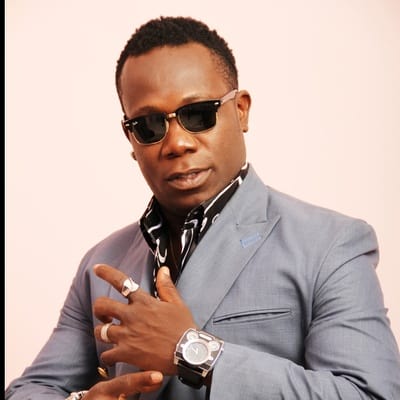 Nigerian artist, Duncan Mighty is being called out for faking his accident after he scammed a show promoter of #3.6 Million.

On the 5th of January, Duncan Mighty posted on Instagram that he was involved in an accident on his way to Uyo.  He thanked the almighty God for saving his life and for the good samaritans who helped him and his team

However, a show promoter, Jackson Ude revealed that Duncan Mighty is lying and he was never involved in an accident. He stated that he paid Duncan Mighty #3.6 million for a concert, Nkporo Youths Unity Concert that was held on the 30th of Dec, 2021 and Duncan Mighty didn’t show up.

He revealed that he tried reaching Duncan MIghty to refund the money and the next thing he saw on the internet is Duncan Mighty wrapped in bandages claiming he was involved in an accident.

Jackson said he is angry with the fact that Duncan Mighty was using his Mobile Phone for someone in a critical condition like that. He also disclosed that this is not the first or second time Duncan Mighty collecting money from show promoters and not showing up.

He pleaded with social media users to beg Duncan Mighty to refund his money or he will pay dearly for it. 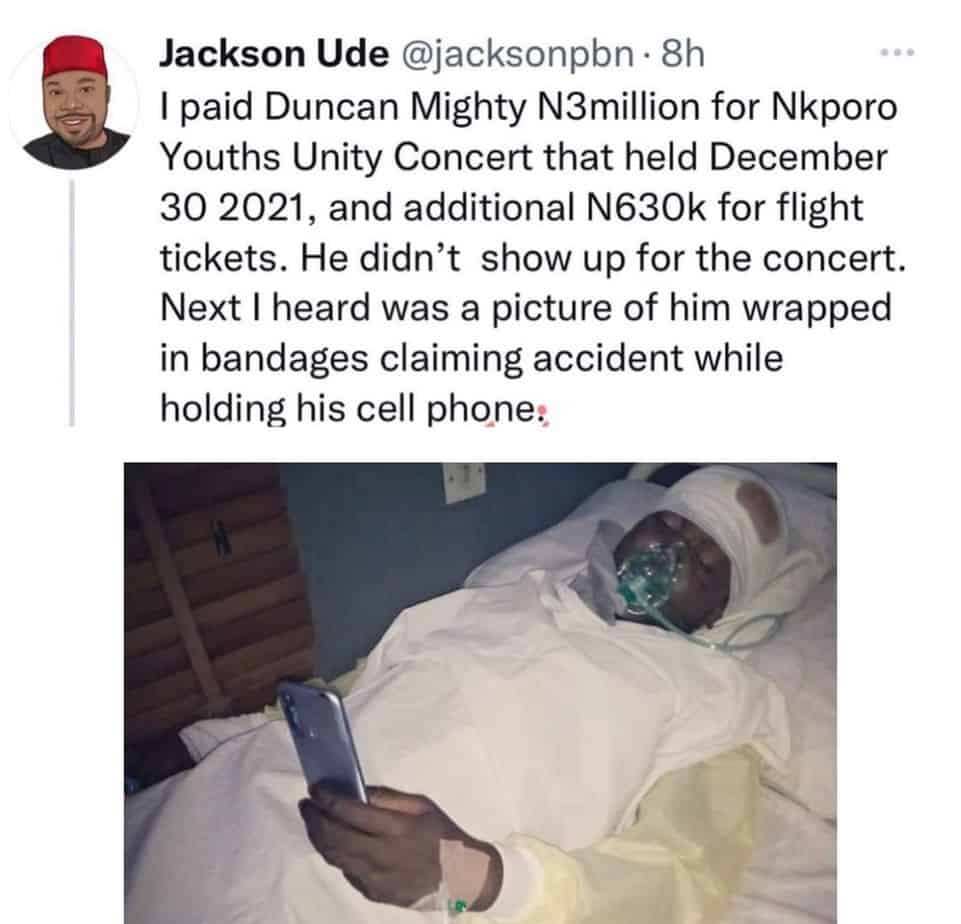 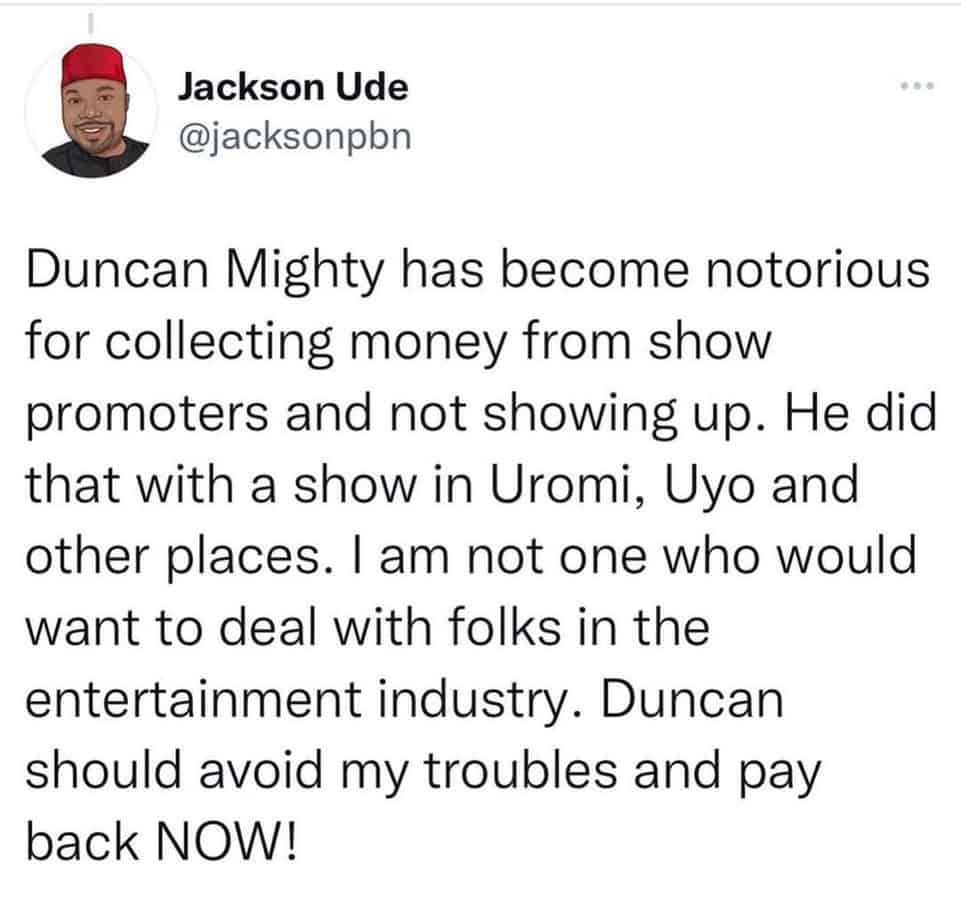 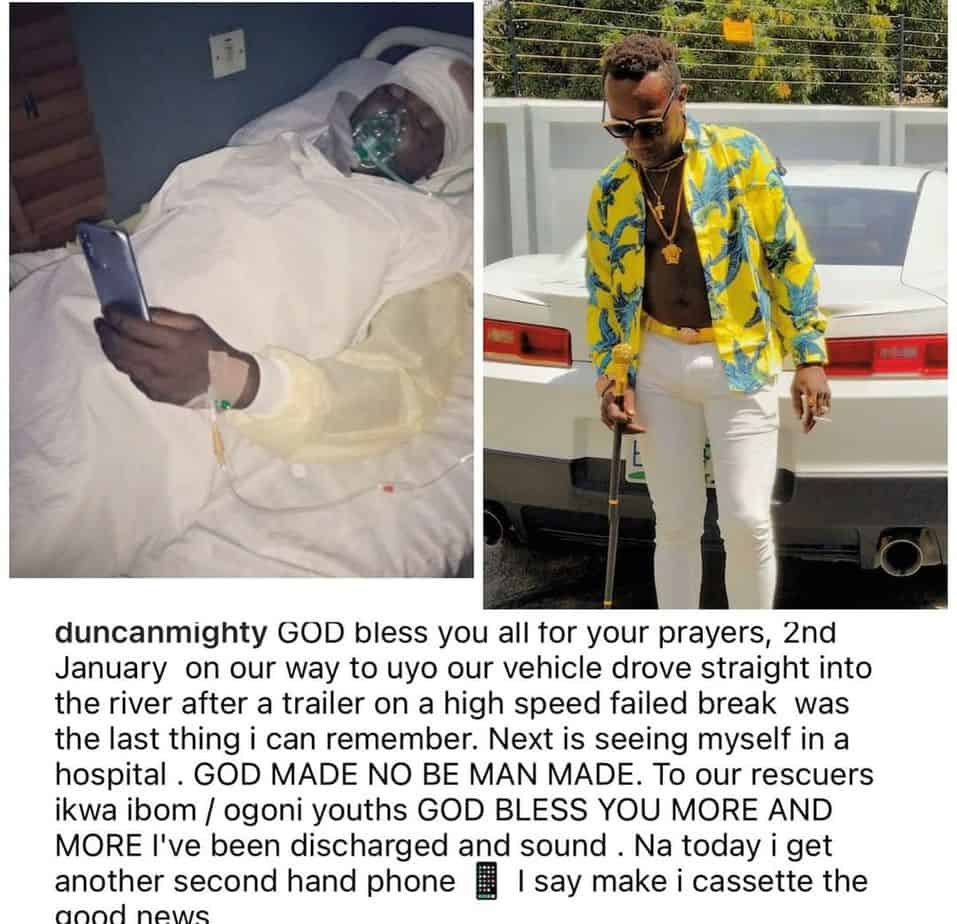 The post Duncan Mighty Gets Called Out For Faking His Accident And Refusing To Refund A Show Promoter #3.6 Million appeared first on tooXclusive.