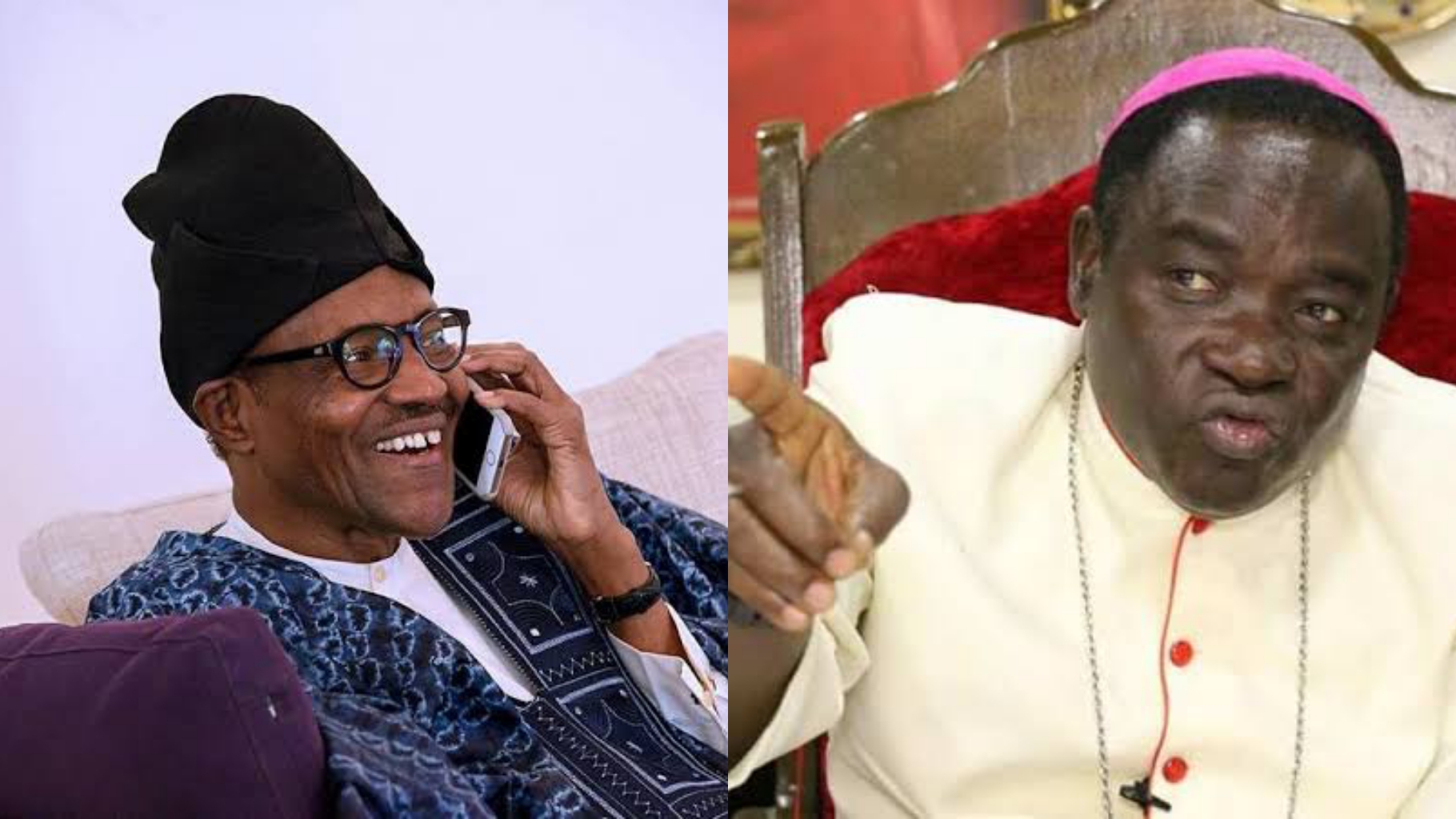 The Catholic Bishop of Sokoto Diocese, Rev Father Matthew Hassan Kukah, has disclosed that President Muhammadu Buhari still picks his calls despite his criticisms of the current government.

Kukah, a staunch critic of the Buhari-led government, said he still maintains a cordial relationship with Buhari.

Speaking with journalists in Sokoto, Kukah explained that his criticisms were concerns not hatred for the current administration.

Kukah said his concern over the state of insecurity in the country prompted him to criticize the current Federal Government.

He, however, lamented that Nigerians tag those who criticize the government as an enemy.

According to Kukah: “The president has not stopped picking my calls.

”I’ve maintained a cordial relationship with the president. My concern with the rising insecurity, killings in the country and despotism prompted my criticism of the administration but not hatred.

“If I pick up my phone and call Mr President now he will pick it up. The other time he missed my calls he called me back and we greeted each other.”

Recall that Kukah had said he was unapologetic about his criticisms of the Buhari government.

He noted that he has consistently criticized governments before the Buhari administration.