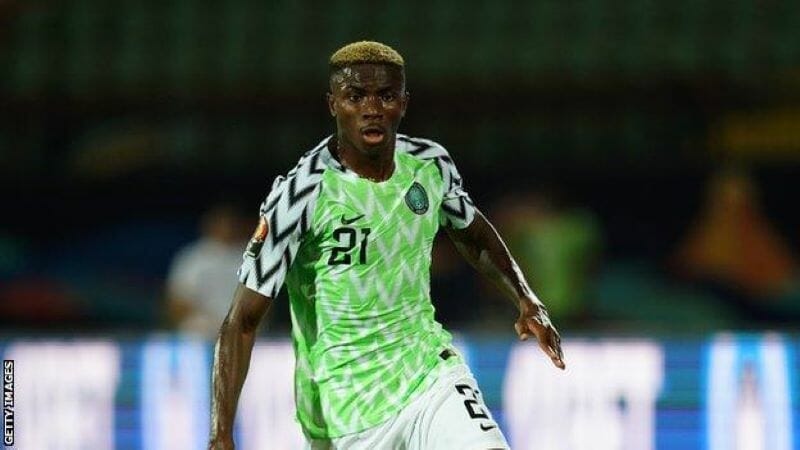 The Nigeria Football Federation has confirmed that Super Eagles striker, Victor Osimhen is out of the 33rd Africa Cup of Nations, AFCON in Cameroon.

The NFF’s spokesperson, Ademola Olajire, made this known on Friday, added that four new players have been invited for AFCON over the health concerns and injuries of some players.

WITHIN NGERIA had reported that Napoli announced that the striker won’t return to Italy as he tested positive for COVID before boarding from Nigeria – just 10 days to the Africa Cup of Nations in Cameroon.

Olajire said, “Lively forward Victor Osimhen’s positive test to the coronavirus pandemic a couple of days ago and injury to the versatile Abdullahi Shehu have constrained changes to Nigeria’s final 28-man list for the 33rd Africa Cup of Nations starting in Cameroon next weekend.

“The goalkeeping department is untouched, but the forced exclusion of Cyprus –based Shehu, who can slot easily into sections of the defence and midfield, has made way for hard-as-nails right back Tyrone Ebuehi, now with Venezia in the Italian Serie A, and England –based Oluwasemilogo Ajayi returns to the group for Africa’s flagship football championship following injury to centre-back Leon Balogun. Ajayi can also play as a midfielder.