Home Celebrity Gist Jubilation As Victony Performs On His Feet For First Time Since Accident... 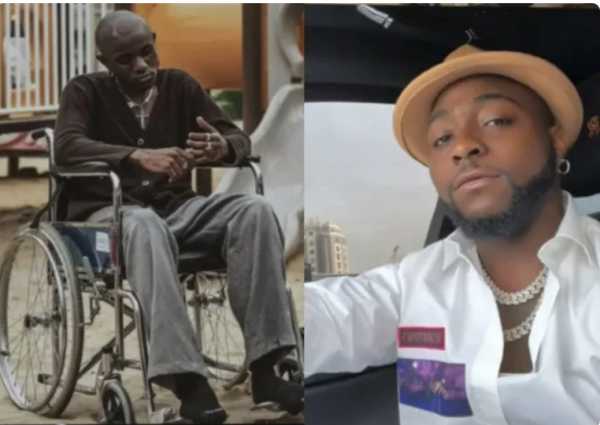 Anthony Victor better known as Victony made many of his fans go wild after he was spotted standing on his feet for the first time at Davido’s concert months after surviving an auto crash.

Recall that, the artist survived a motor accident earlier this year in April that left one of the passengers identified as Doyin d*ad.

Victony was said to have been returning from a birthday party alongside his friends when the incident occured.
The entertainer became wheelchair-ridden after undergoing surgery on injuries sustained from the crash.
Recently, the singer was spotted on stage alongside his colleague, Mayorkun performing hit single ‘Holy Father.’

Mayorkun was seen in the trending video pushing Victony around the stage while performing his hit song together.

In the video, the singer could be seen standing on from his wheelchair with the help of his colleagues as fans scream in excitement.