Home Celebrity Gist Some Negative Things That Occur To You Are Traceable To Urgent 2K... 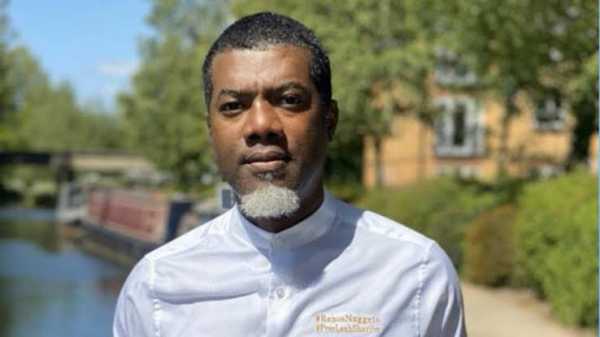 Nigerian activist and author, Reno Omokri has advised single men to desist from fornication, while explaining the cause of their problems.

Omokri in his tweet, claimed that some of the negative things that occur to some men are traceable to “urgent 2k girls” who they co-mingle with alongside other guys.

Claiming that fornication makes people one, he also told men with high libido not to fornicate but to marry instead. 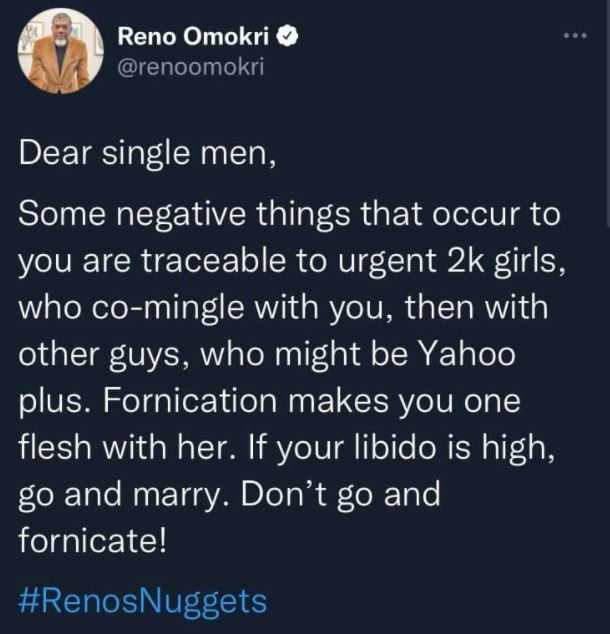 Omokri also told men who found it difficult to get a breakthrough in 2021, not to give money to women in 2022. He added that they should sow a seed in the life of their parents for the first 6 months of the new year and watch God bless them. 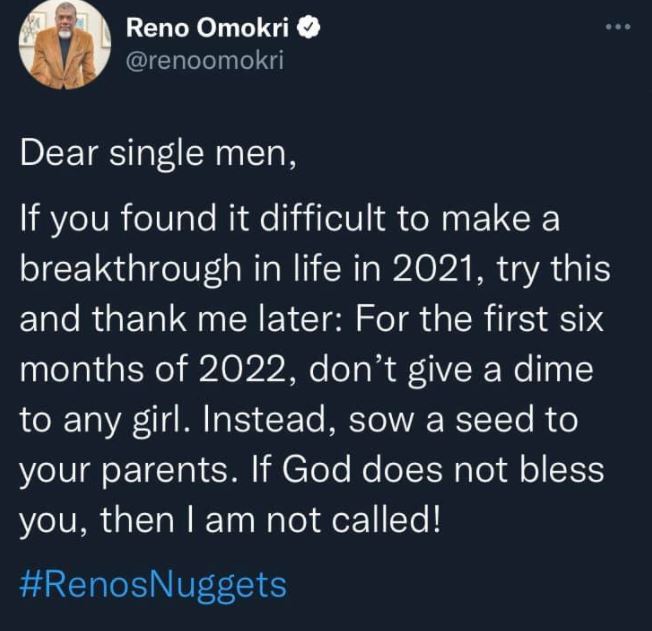 I will not decline if south-east wants me to contest presidency, says Pat Utomi

- January 23, 2022 0
A professor of political economy, Pat Utomi has stated that he would have no problem if the south-east tips him to run for...

AY Makun Thanks Wife, Mabel For Her Sacrifices In Birthing Their Second Child

- January 23, 2022 0
Nigerian comedian, actor and producer Ayo Makun, took to social media to appreciate his wife, Mabel for her sacrifice in birthing their second...