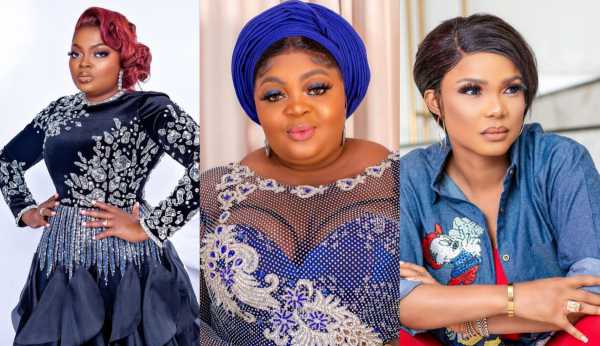 Nollywood actress Iyabo Ojo allegedly sheltered her colleague Funke Akindele and her best friend Eniola Badmus in her apartment at her Ikorodu residence, according to Instagram blogger Tosin Silverdam.

Tosin Silverdam described the conflict between Funke Akindele and Iyabo Ojo in a recent post on his Instagram page.

Funke Akindele and Eniola Badmus, according to the blogger, used to live in Iyabo Ojo’s house when they encountered housing issues in Ikorodu.

Tosin went on to say that he had heard horror stories about the woman and had personally witnessed one during a film shoot on his street in Ikorodu.

- January 19, 2022 0
Ghanaian artist, Shatta Wale is finally understanding the meaning of the phrase, ‘What goes around comes around’ after his country lost to Comoros...

You Have A Special Place In Hell If You Ask For Account Number And...

- January 19, 2022 0
In the post she shared on her Instagram story, the 25-year-old entrepreneur lashed out at such people and said there is a special...

- January 19, 2022 0
Ahead of the judgment of the leader of the Indigenous People of Biafra (IPOB), Nnamdi Kanu’s fundamental human rights suit, heavy presence of...

- January 19, 2022 0
Coach of the Ghana National Men’s Football Team, Milovan Rajevac, has vowed not to resign despite their humiliating exit in the group stage...

- January 19, 2022 0
Singer Seyi Shay has announced her engagement. The singer who is pregnant, disclosed this during an interview on BeatFM. When asked about the ring, Seyi...