Ambrose Alli University (AAU) Post-UTME Screening results for the 2021/2022 admission screening exercise has been released – See how to check below. 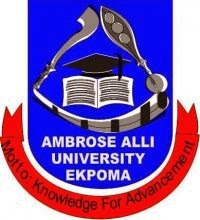 This is to inform candidates who participated in the post-UTME screening exercise of Ambrose Alli University (AAU) for the 2021/2022 academic session that the result of the screening has been released.

As it has been announced above, all AAU Ekpoma aspirants who took part in the screening exercise of the institution are hereby informed that the results of the 2020 Post Unified Tertiary Matriculation Examination (UTME) screening exercise into Ambrose Alli University (AAU), Ekpoma have been officially released.

Candidates who participated in the exercise are therefore advised to check their screening results via the AAU Ekpoma online post utme result checker.

The origin of older universities in the developed world can be traced in Europe to as far back as twelfth century. Most of them developed from cathedral and monastery schools and other centres of learning under the guidance of academic leaders whose fame spread far beyond their immediate environment, enabling them to attract scholars and students from far and near. Their rates of development varied and it is sometime difficult to know when they actually became full fledged universities.

The University of Bologna is believed to be the oldest having been founded in the early twelfth century even though it existed as a law school since the ninth century. The University of Paris with a slight different structure from that of Bologna developed in the late twelfth century. These schools and centres, which where founded mainly to serve the professions, provided unified teaching of law, medicine and theology providing Ministers of Religion and other statesmen and professionals. Some of these schools originated as break-away groups caused often by disagreements with the mode of instruction or content of curriculum in the host school.

Nigerian students’ enrollment in America drops by 7% over vaccination protocol