Home Celebrity Gist Erica Reveals She Has Finally Discovered Her Purpose And She’s Succeeding At... 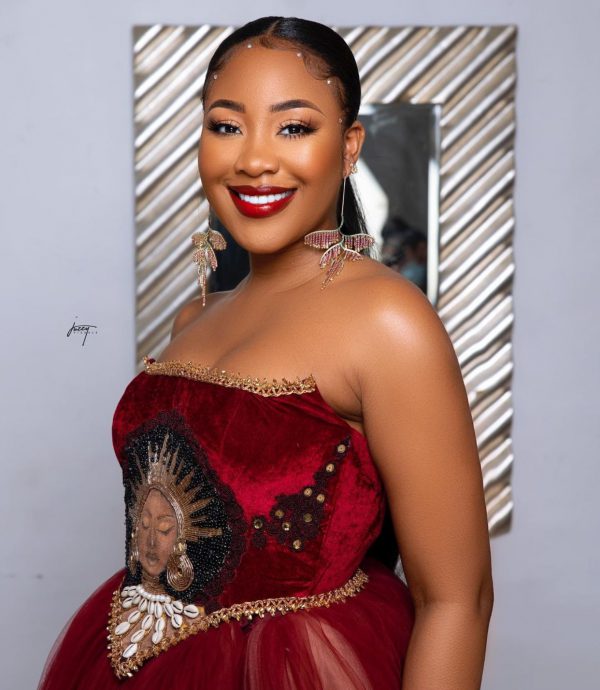 Erica, a former Big Brother Naija ‘LockDown’ Housemate, took to social media to congratulate herself on being named one of the fastest-rising performers to watch.

The former BBN star has continued to show off her acting skills after being disqualified from the BBNaija Naija reality TV show. She has been in a few Cinema films.

She expressed her delight at the acknowledgment on her Instagram page, where she posted a snapshot of herself and other actors on the magazine’s cover.

She stated, she discovered her purpose, and she’s thriving at it,” while thanking those who have sincerely loved and supported her throughout the years.

She wrote: Feels so good to wake up to wonderful news! Once again I’m on the cover of @thisdaystyle being celebrated for my work! It means so much to me because I’ve discovered my purpose and I’m succeeding at it! I’m so grateful to everyone around me who loves and supports me!

- January 19, 2022 0
Nigerian drag queen and brand influence, Idris Okuneye otherwise called Bobrisky has declared that he will be securing his husband in 2022.Taking to...

- January 19, 2022 0
Coach of the Ghana National Men’s Football Team, Milovan Rajevac, has vowed not to resign despite their humiliating exit in the group stage...

Wizkid Runs Back To Producer, Northboi For Another Monster Hit!

- January 19, 2022 0
Wizkid is seriously making plans to win a Grammy in 2023. The Essence star shared a video of himself working with popular producer, Northboi...

- January 19, 2022 0
Download Music Mp3:- Portable Ft Barry Jhay – All Eyes On Me Portable teams up with Barry Jhay as they deliver this single, titled...

- January 19, 2022 0
Muhuyi Magaji Rimin Gado, the Suspended Chairman of the Kano State Public Complaint and anti-corruption Commission, has filed an application before the National...

Cuppy To Quit DJing To Focus On Schoolwork

- January 19, 2022 0
Billionaire heiress, Florence Otedola aka Cuppy has disclosed that she would not take any bookings until March to focus on schoolwork. The Oxford University...

- January 19, 2022 0
Comedian Josh2funny is the happiest man on earth at this moment .The multi-talented entertainer has taken to his Instagram on Wednesday to open...

- January 19, 2022 0
Laura Ikeji Kanu, the Nigerian author and influencer, and her husband, Ogbonna, are celebrating their 5th wedding anniversary today January 19.The couple got...

- January 19, 2022 0
Former director-general of the Progressive Governors Forum (PGF), Salihu Lukman has stated that some leaders of the All Progressives Congress (APC) have become...