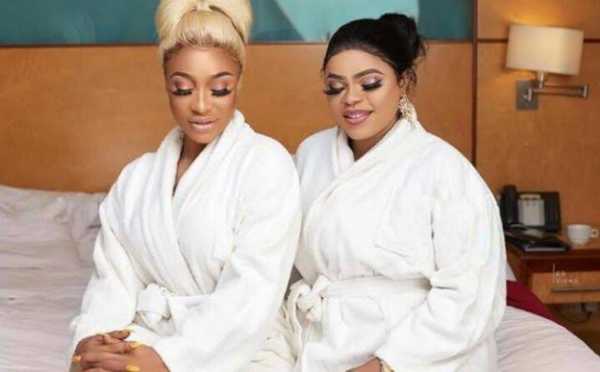 Tonto Dikeh previously cautioned her fans and followers not to be frightened by the luxury and lifestyle of many celebrities online in a post uploaded on her Instagram page saying people rent money from Bureau de Change and bankers, and pose with their friends’ cars in order to brag on social media.

READ ALSO: “Don’t You Get Tired Of Lying”: James Brown Comes For Bobrisky For Saying He Spends N75million On Hair

Tonto Dikeh went on to say that living a fake life is more expensive than being genuine, and that people should not let social media posts make them feel unlucky or a failure.

Bobrisky responded to Tonto Dikeh in a post on his Instagram page, saying he is a python snake who prefers to mind his own business but will drain anyone who dares to challenge him.

Despite the fact that Tonto Dikeh did not name anyone in her statement, many social media users assumed she was indirectly criticizing Bobrisky. 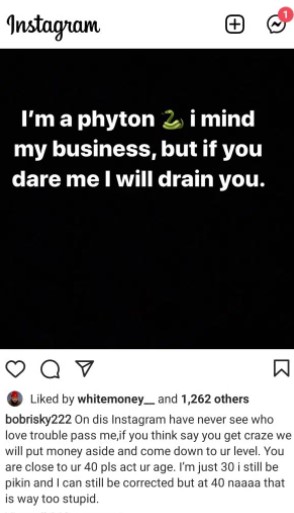 - January 18, 2022 0
Nigerian businessman and chairman of the Prince Ned Nwoko Foundation, Ned Nwoko has called on the federal government to work towards setting up...

- January 18, 2022 0
Reality TV star Arinola Olowoporoku, popularly known as Arin has taken to social media to update her followers with some videos of her...