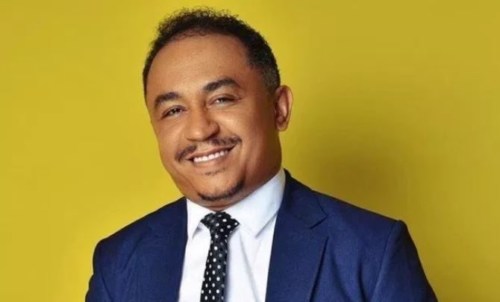 It would be recalled that Daddy Freeze was one of the few who defended Tiwa Savage when she was dragged by some Nollywood actresses on Instagram.

However, when the sex tape leaked, the music changed for Daddy Freeze. He took to his IG account to make a 47-minutes video dissecting all that has been trending online.

Reacting to Tiwa’s gist, Daddy Freeze made it clear that he wasn’t turned on by Tiwa’s sex tape. He said that Tiwa Savage is not his spec and it is probably one of the many reasons why he can’t be sexually attracted to her.

He also added that it will take him a long time to see Tiwa Savage in a different light.