Home Celebrity Gist Wizkid and Damian Marley Explain how ‘Blessed’ was Made on Rolling Stone...

One of the things discussed by Wizkid and Damian Marley on Rolling Stone was how their collab, Blessed was made. The video was shared via Youtube on Monday, the 18th of October 2021. 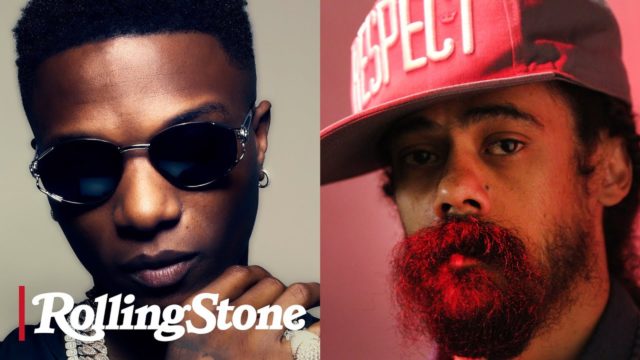 Wizkid featured Damian Marley on Blessed, one of the songs off his last album Made in Lagos. Speaking to Rolling Stone on how the song came about, Damian Marley said;

I was on tour. Both of us had gigs out in London. One night after one of the concerts, we all went to the studio, got together, and Wiz played a bunch of beats for me. That was the one that grabbed my attention the most. We started writing the song in the studio, together, just feeling the vibe.

Damian Marley also told Rolling Stone that he could not fully voice the record with Wizkid that night because his voice was hoarse. According to him, the only part from the first recording that made it onto the record was the intro. Corroborating his story, Wizkid said;

That’s the beauty of that record! Just the way it starts, the tone of it, the raspiness of the vocals, like, “Ah, that was beautiful!” From the first time I heard it in the studio, I just went mad. I couldn’t believe it. It was like magic right before my eyes. If I’m being very honest with you, that was one of the most amazing sessions I’ve ever been in, for real.

The post Wizkid and Damian Marley Explain how ‘Blessed’ was Made on Rolling Stone | WATCH appeared first on NotjustOk.

Davido Speaks On When He Knew His Father Was Rich

- December 1, 2021
0
Barcelona centre-back, Gerard Pique, has insisted that he would rather die than join Real Madrid in the near future. Pique, who said it is...

Huddah Monroe Reacts To Rumours Of Being Broke

- December 1, 2021
0
The reality star fired back at people who stated that she is now broke and living from hand to mouth. “Popular Kenyan socialite, Huddah...

Davido Speaks On When He Knew His Father Was Rich

- December 1, 2021
0
Davido Speaks On When He Knew His Father Was RichHe has uncovered that he grew up not realizing his dad was rich.He clarified...